Emmys 2019: Inside the Weekend’s Hottest Parties, Gifting Suites, and More! 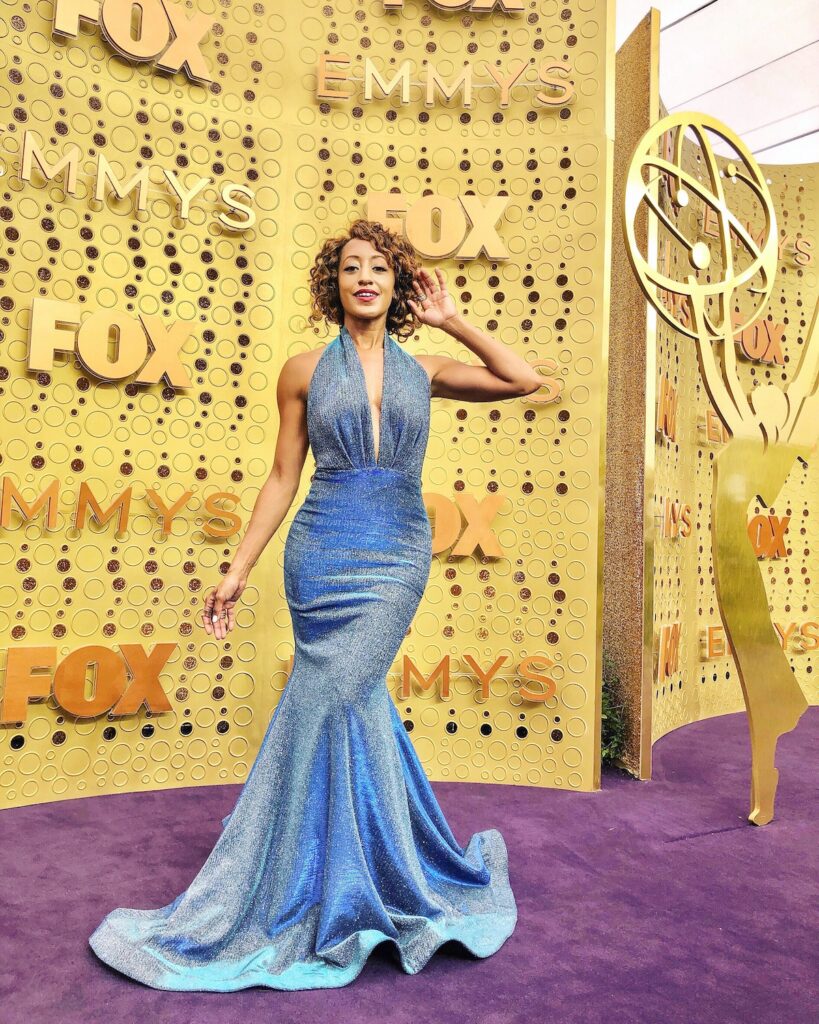 Just like the official end of summer, Emmys 2019 has come to a close, and we’ve got all the details on what went down at the hottest parties and gifting suites of the weekend!

On Emmy Sunday, I slipped on my shimmery blue Jessica Angel Collection dress and hit the red carpet at L.A. Live ahead of the show. It was a scorching hot day in Los Angeles, so hot that the carpet had to be air conditioned and cooled down to make sure everyone was comfortable. Even with occasional gusts of wind from the built in cooling system, teople were still sweating all the way down the carpet and fanning themselves, nevertheless. 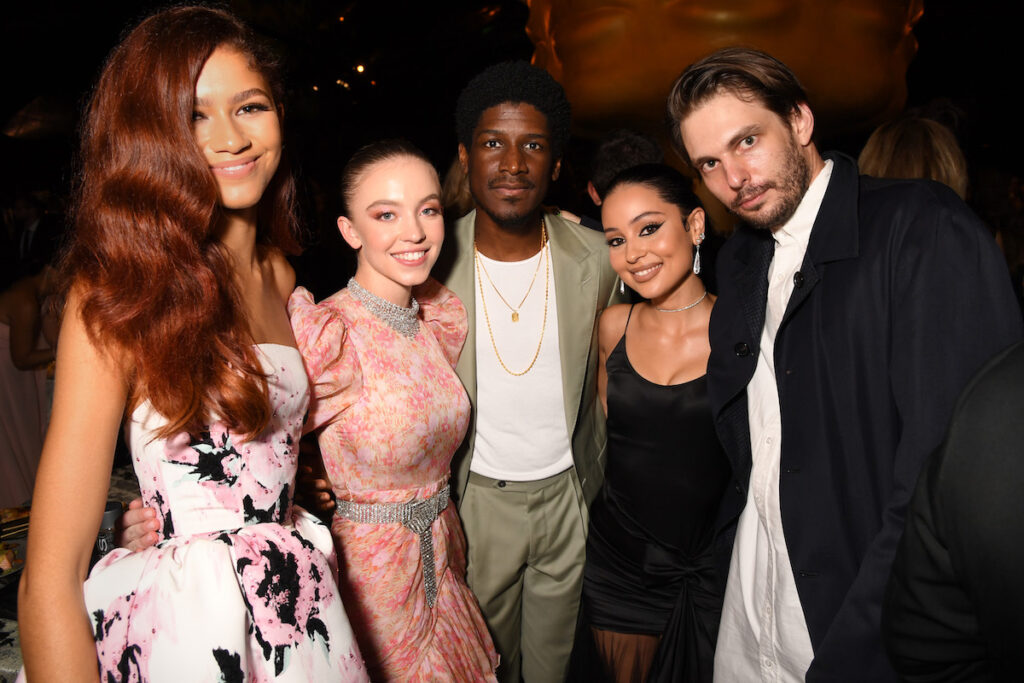 The day and night marked the end of a fab Emmys weekend, which we wrapped up at the epic HBO afterparty, where we partied with friends in a sea of our HBO faves like Game of Thrones stars Emilia Clarke and Kit Harrington and Euphoria’s Zendaya and Sydney Sweeney.

Since we had so many incredible experiences during the weekend, it was only fitting that we take you back inside with us, spilling all the inside details from our fave events before and after TV’s biggest night. Take a peek below to get all the details on the hottest Emmys fetes! 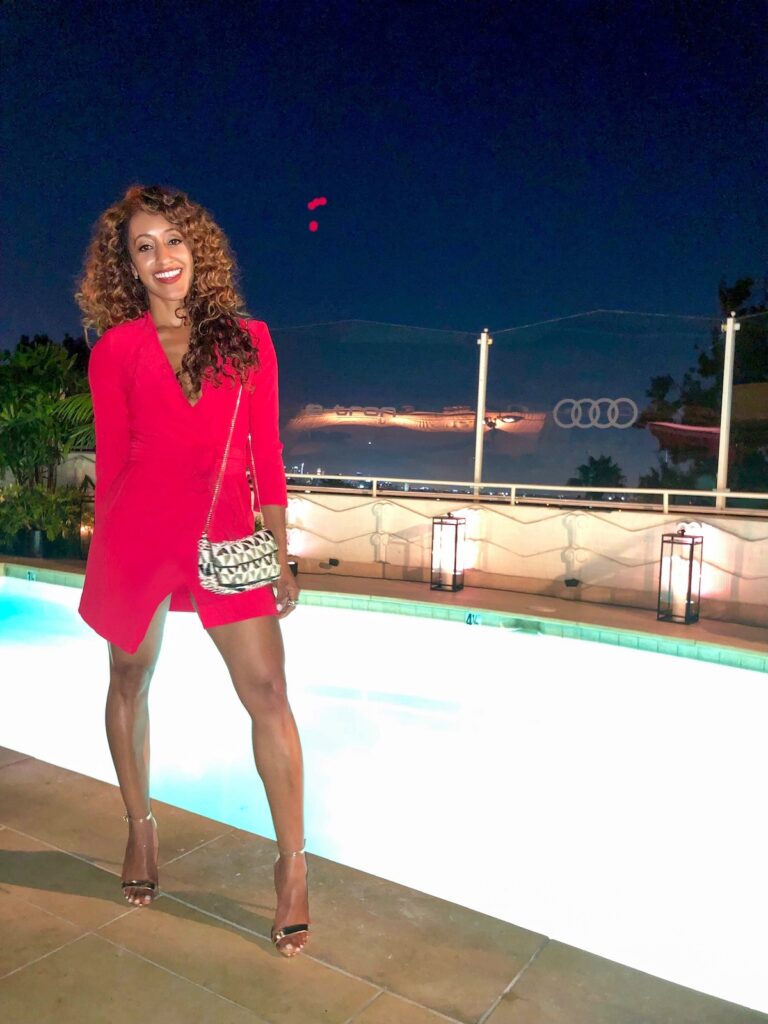 Audi Pre-Emmy Party: This is hands down our fave way to kick off Emmy weekend every year. The annual bash kicked off on Thursday night at the Sunset Tower Hotel and marked the official start to the weekend. Inside the fete, we sipped champagne and cocktails from the open bar, munched on sliders and Sugarfish sushi rolls, and mixed and mingled with friends by the pool as Laura Dern, Elizabeth Banks, and more were chauffered to the party in 2019 Audi Q7 and A8 rides. 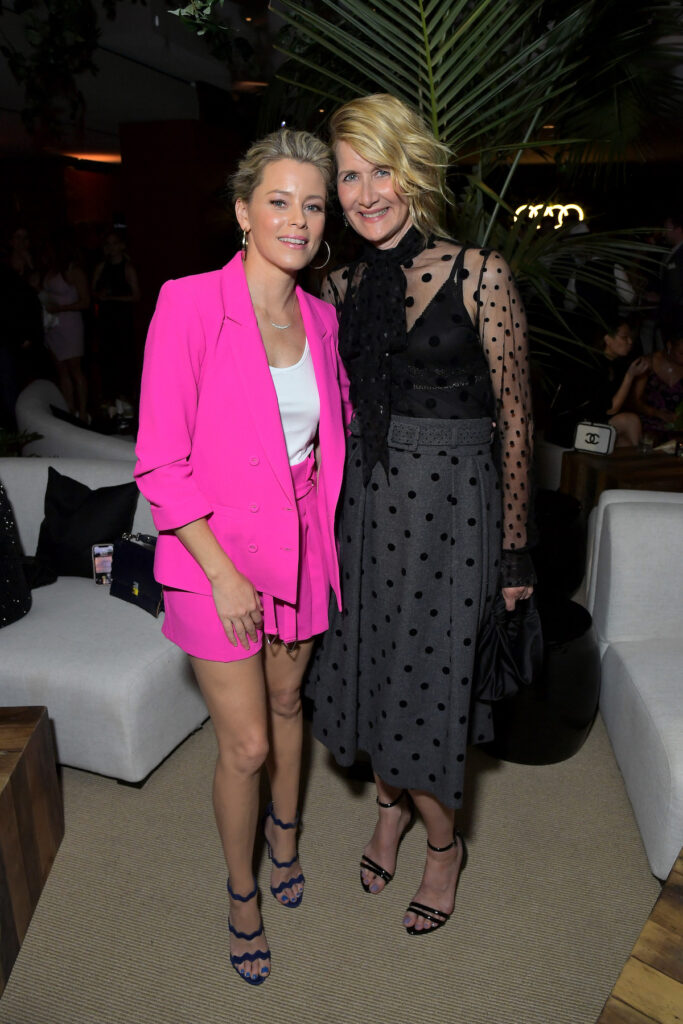 As we worked the room, Dern and Jean-Marc Vallee had a Big Little Lies reunion by the pool, before she caught up with Elizabeth Banks, Milo Ventimiglia hung out with friends, and Rumer Willis toasted a cocktail to ring in the night. And while many of the stars struck a pose near the new all-electric Audi E-tron SUV outside, it was the photo booth that was the big hit of the evening. 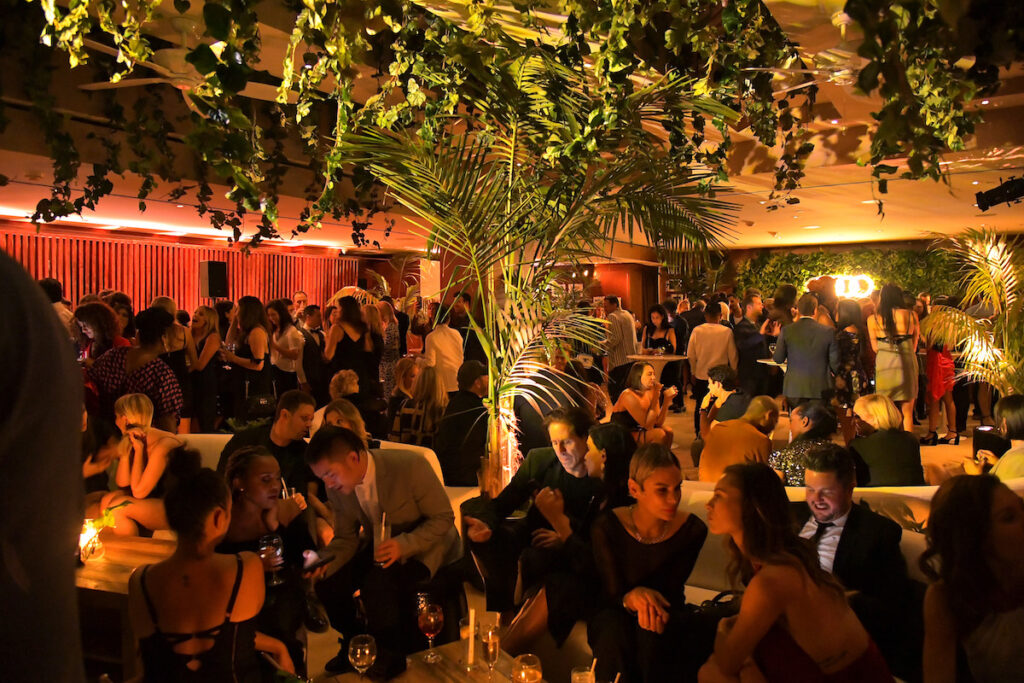 Audi partygoers waited for upwards of two hours (crazy, right?!) just to get snapped in the black and white makeshift studio, which had a mini-shoot directed by a photographer. Thanks to a friend we made in line, we were lucky enough to snag a photo without braving that never-ending line. 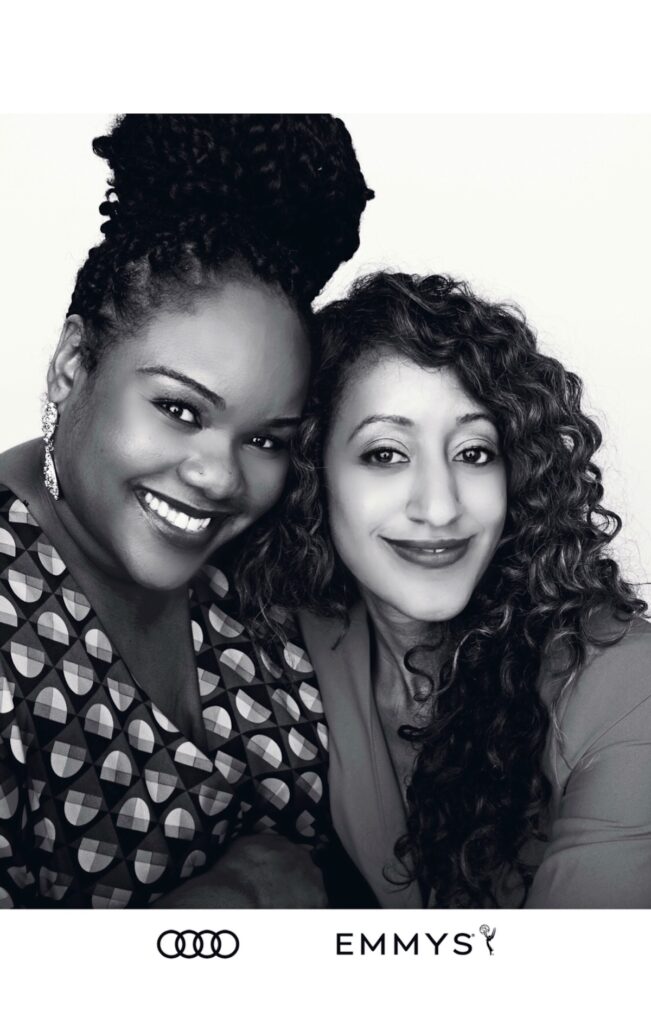 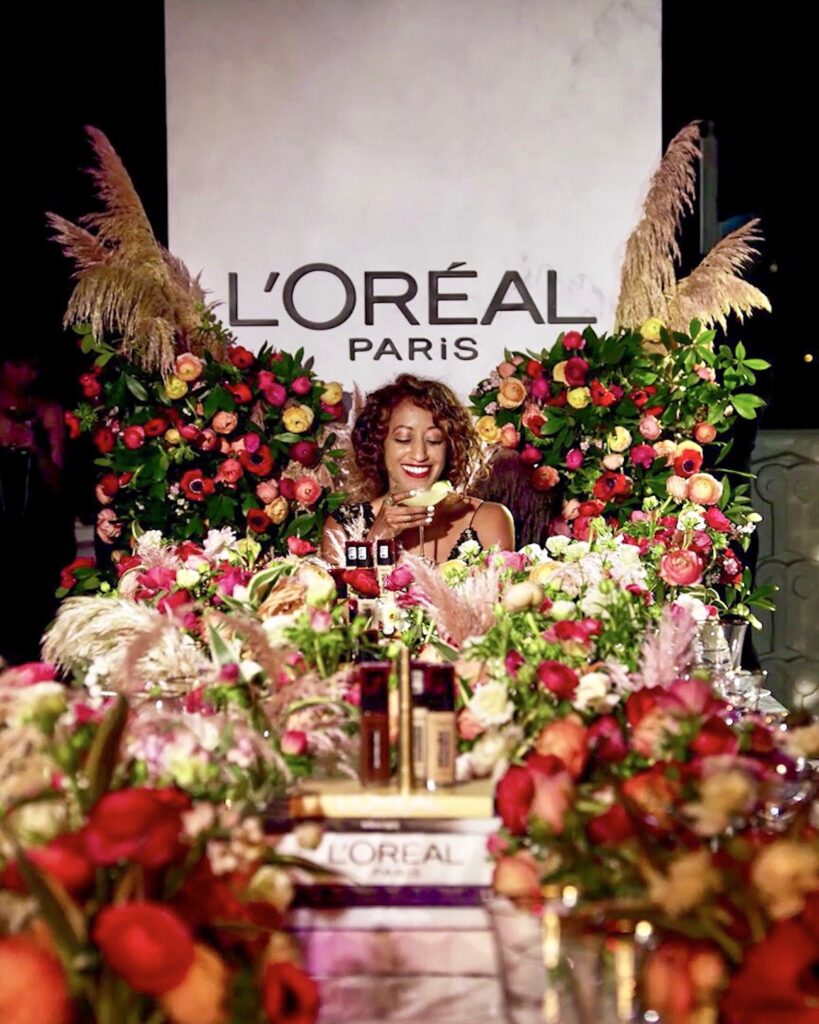 Ecoluxe Lounge’s Endless Summer Festival : Debbie Durkin kicked off her 13th Annual Ecoluxe summer fete, hosting the swag-filled afternoon at the Beverly Hilton Hotel’s Wilshire & Secret Garden. We munched and sipped our way through the soiree’s prosecco brunch, and then stopped by several brands’ booths, where guests took home things like resort stays at Royalton Negril and Sunset In The Palms Negril from the Jamaica Tourist Board, bamboo bedding by ETTITUDE, and mingled around a VIP CBD/Hemp lounge for humans and pets with products up for grabs from SoCalHempCo, Everyday Natural Products, H.O.P.E. CBD, skincare with Oli Cosmetics ReGen, and The Spa Dr. 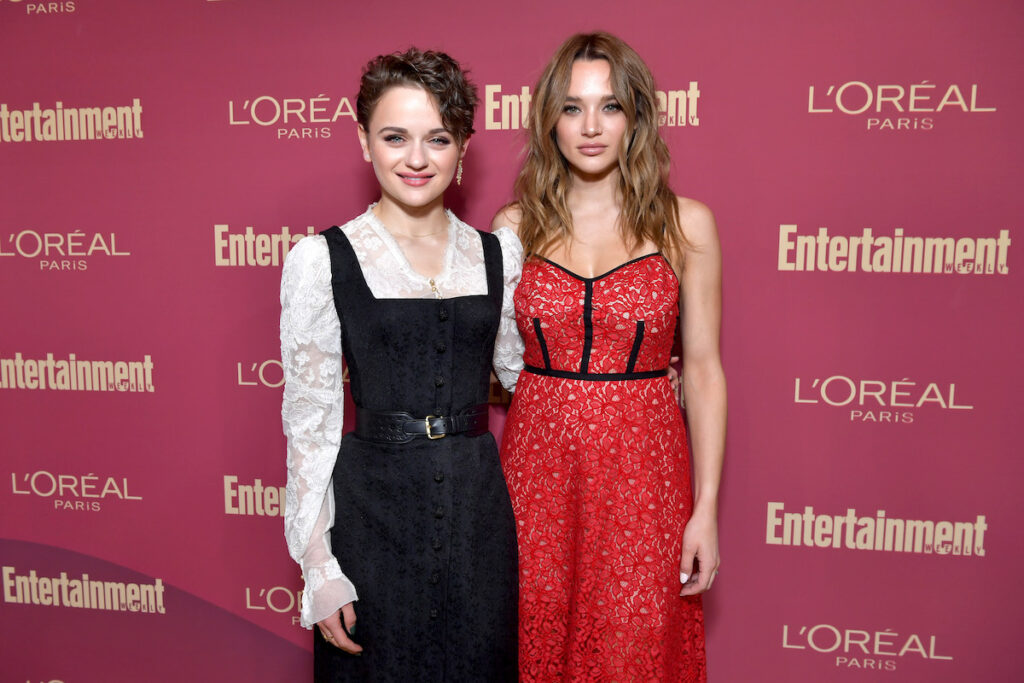 Entertainment Weekly and L’oreal Paris’s Pre-Emmy Party: This was one of the biggest – if not the biggest parties of the night Friday night. After a last-minute cancellation at a nearby venue, EW and L’Oreal Paris moved their bash to the Sunset Tower Hotel (just like Audi), with plenty of stars returning for their second night in a row at the hotel’s luxe poolside patio. Rather than a two-hour wait at the photo booth this go round, EW had a more elaborate set-up thanks to a gorgeous L’Oreal tablescape topped with colorful flowers, feathers, and decor, where guests could take a seat and take home a 10-second video. 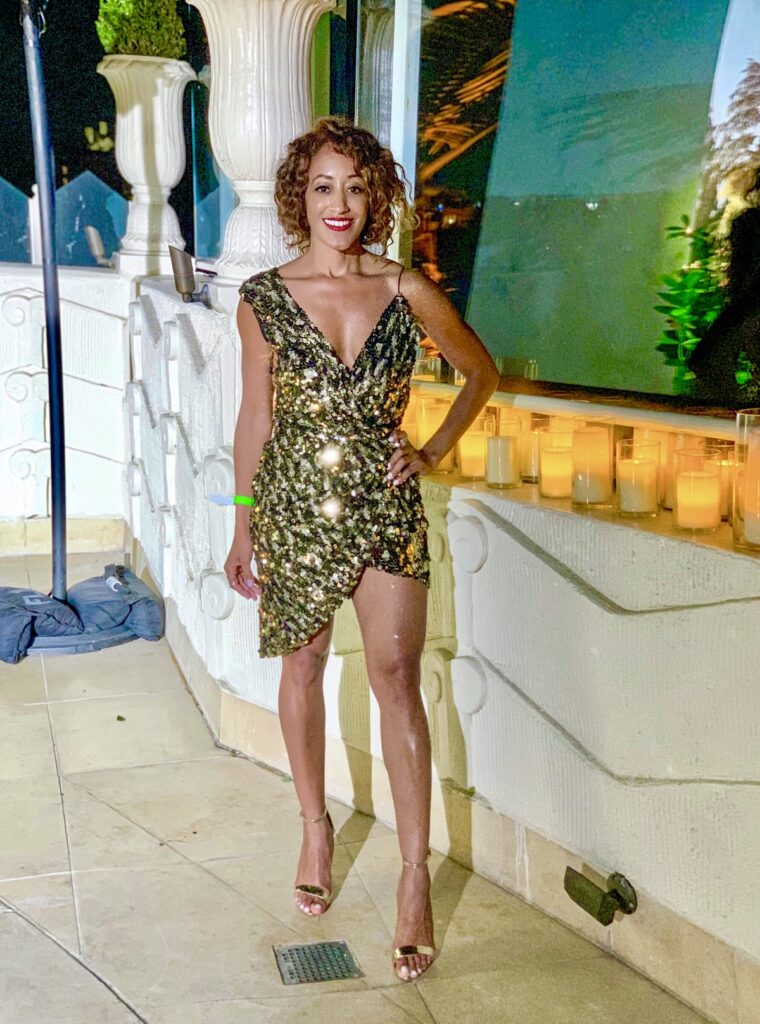 The photo station aside, Billy Porter, Joey King, Mandy Moore, and more hit the bash for a night of fun and L’Oreal goodies, spicy Casamigos margaritas (a personal fave), small bites, and the Sunset Tower’s much talked about warm oatmeal raisin and chocolate chip cookies at the end of the night. Every guest at the fete left with a bag full of L’Oreal products, like the brand’s new undereye cream and a winged eyeliner specifically geared for quickly slapping on a killer cat eye. 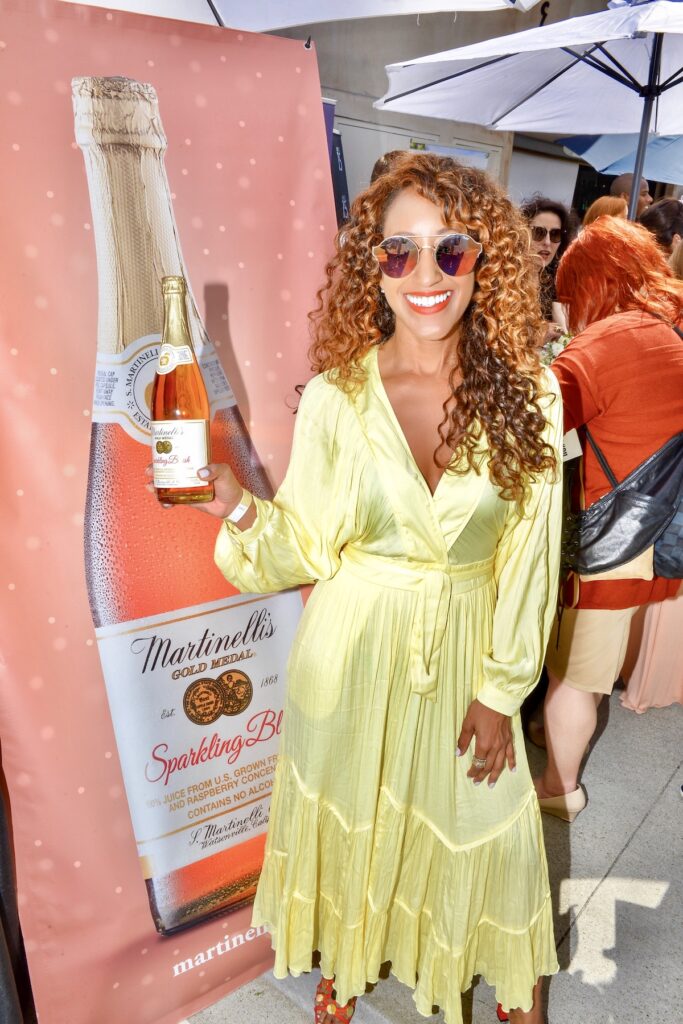 Melissa McAvoy’s Luxury Experience and Co. Gifting Suite: We felt like superstars when we received an invite to Melissa’s luxe lounge during Coachella weekend, and it was no different when she hosted another one for the Emmys, and sent us an invite again. If you’re not familiar with gifting lounges, they are essentially venues filled with brands that are giving away free goodies away to each guest. Melissa’s suite is one of the best we’ve ever attended – and we’ve been to a lot of them. Inside of this edition in Beverly Hills, guests were treated to nearly $20,000 worth of freebies. We sipped Martinelli’s sparkling blush apple cider as we walked around the outdoor lounge, and picked up a ton of swag, like a dinner for two at a restaurant Pacifique, a complimentary membership to Off the Table, and cans of Som Sleep (for a good post-Emmys night of rest).

The biggest items of the bash were complimentary hotel stays – a week stay in Bali at The Mansion Resort & Spa in Ubud and a two-night stay at Sailrock Resort in Turks and Caicos. Those who really wanted to kick back grabbed OLO strips – THC infused strips that go under the tongue and come in sativa, indica, and hybrid varieties for various types of relaxation. 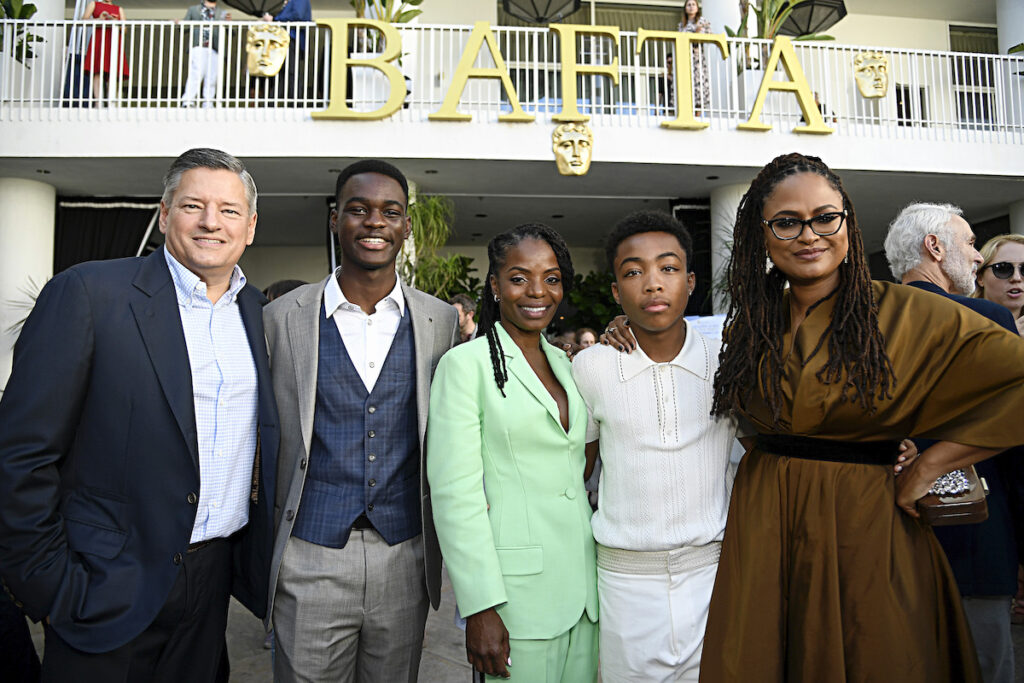 BAFTA + BBC LA Tea Party: Here’s the deal with the BAFTA LA Pre-Emmys tea parties …there’s never really any tea (well, of the sipped variety). What you’ll find here are scones and tea sandwiches, plenty of cocktails and rose’ to wash that down, and one sole pot of Tetley. Still, we had no complaints. This year’s fete marked the first time it was held by the Beverly Hilton’s pool, which gave it the perfect end of summer vibe and exactly what we were looking for to kick off the day. 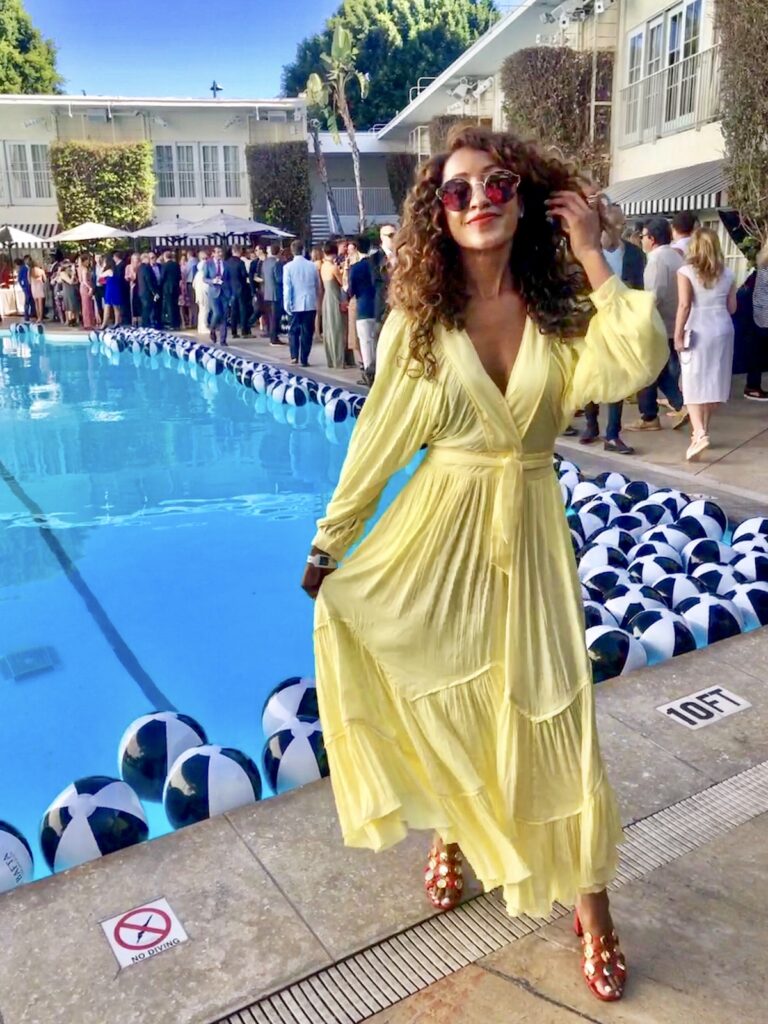 As guests like Ava Duvernay, Joey King, Nathalie Emmanuel, Sandra Oh, and more stars mingled in their tea party looks, we grabbed a piping hot cup of Tetley tea in the steamy, sunny weather and strolled by the black and white beach ball-topped pool (we quickly put that tea down lol). This bash was all about mingling, catching up with friends, and having one last calm moment before Emmys Sunday. 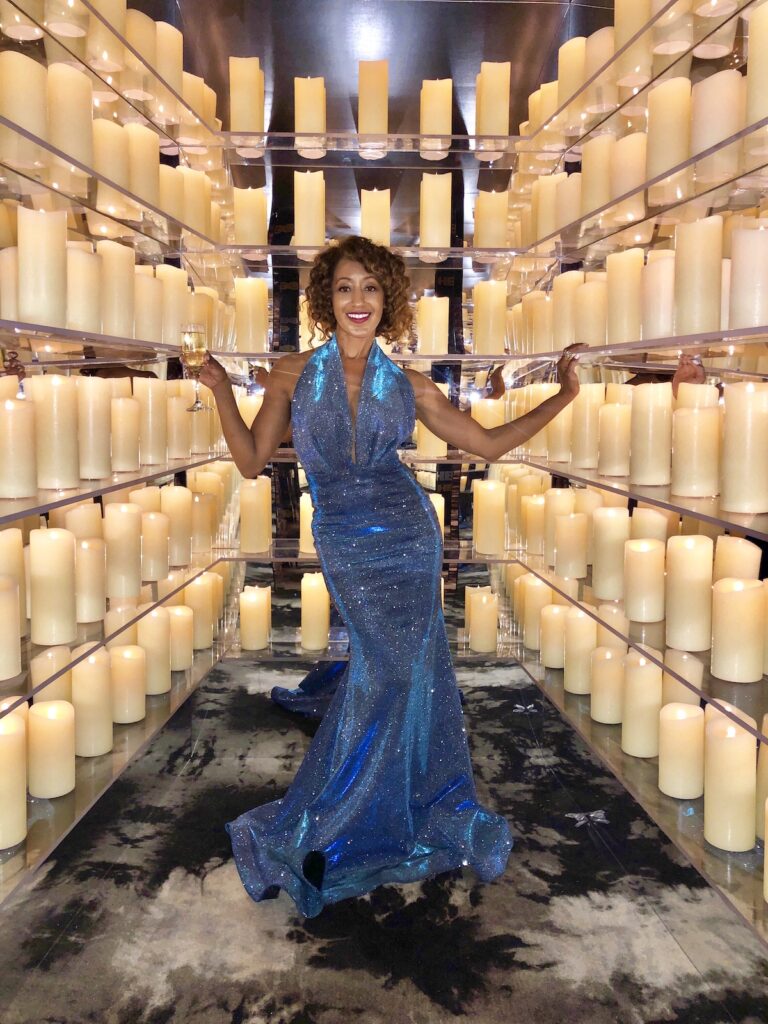 The HBO Emmys Afterparty: There are after parties and then there is the after party…and for us, that honor went to HBO. The thing is, the network never plays it small when it comes to its parties in the City of Angels, and last night was no different. As we walked into the Pacific Design Center past some of our fave Game of Thrones stars partying (Sophie Turner, Emilia Clarke, and more), saw dancers covered in gold sparkling bits turning up on podiums, heard Questlove pumping out hit after hit from the DJ booth, and even spotted Drake in the mix, we knew it was going to be a good night. 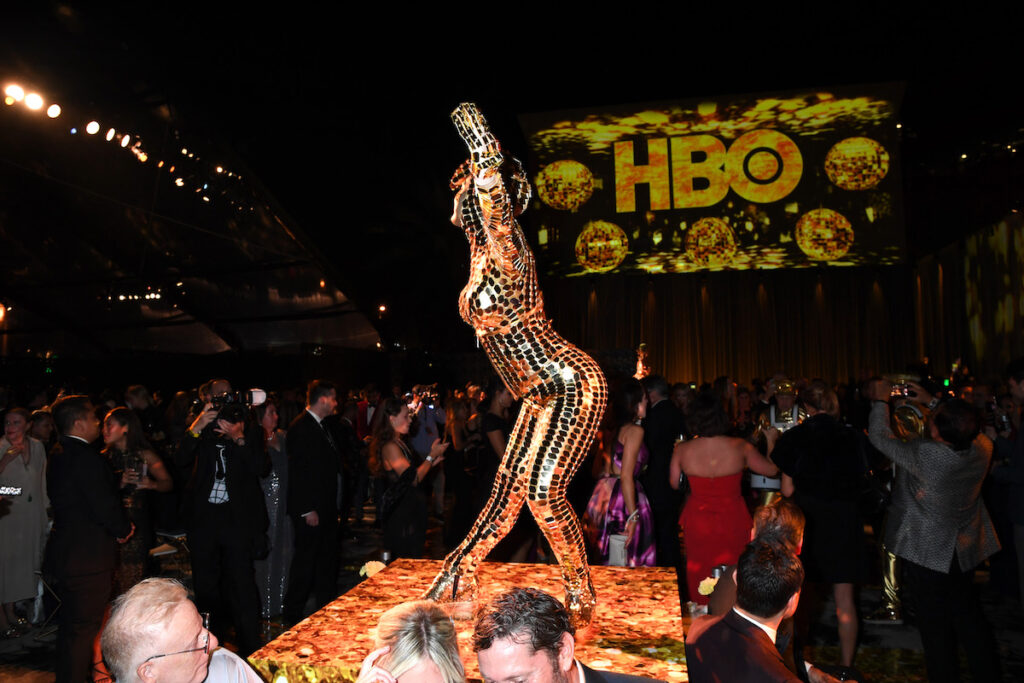 As Turner, Williams, and Kit Harrington mixed, mingled, and sipped cocktails from the many premium open bars at the bash, Peter Dinklage palmed his Emmy as he kicked back on a couch with friends, and Emilia Clarke danced her way back to her crew from the bathroom. Euphoria stars Zendaya, Sydney Sweeney, and Alexa Demie soon joined them, posing for photos with Turner as they shared laughs during the night. 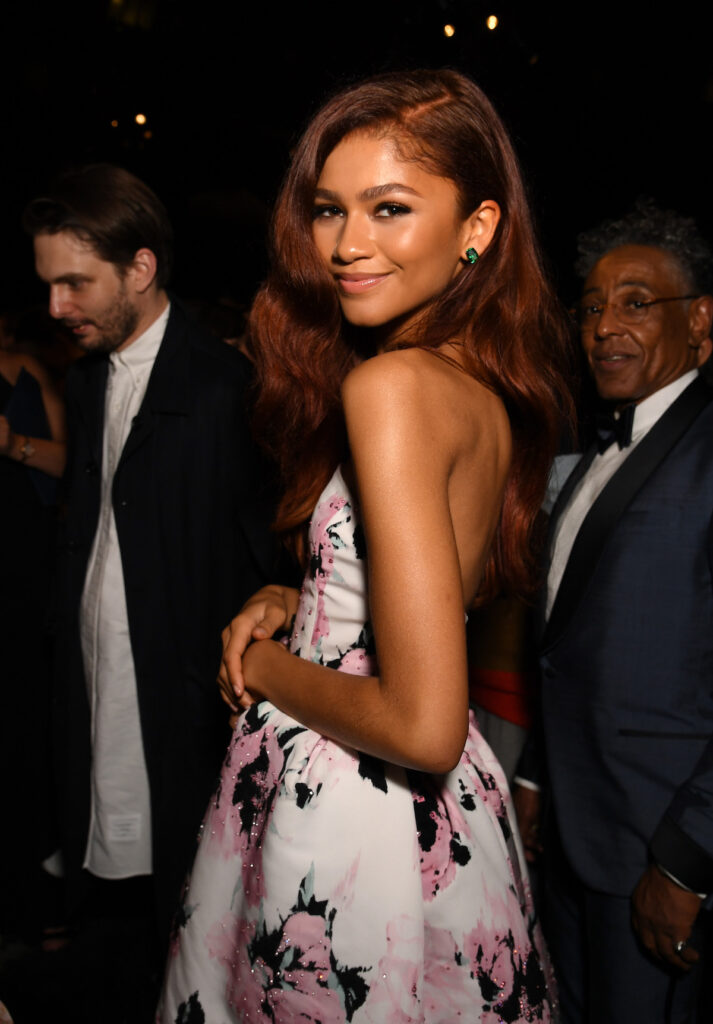 But even with all that star power in the mix, people just enjoyed the party, leaving celebs alone to enjoy it as well (as it should’ve been). It was a crowd of industry peeps, celebs, and lucky plus ones who tagged along with invited friends. 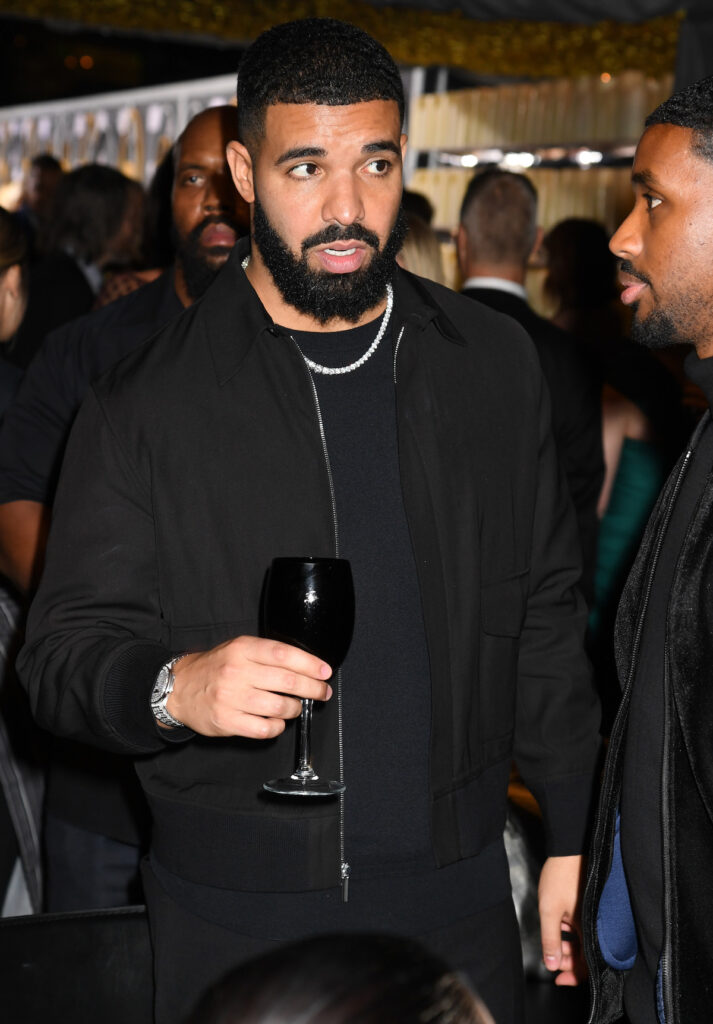 While LA has a rep for people not hitting the dance floor, Questlove had everyone on their feet, with Emmy winners throwing their hands up and comedian Reggie Watts doing the craziest dance with his ladylove that we had to put it in our Instagram story. 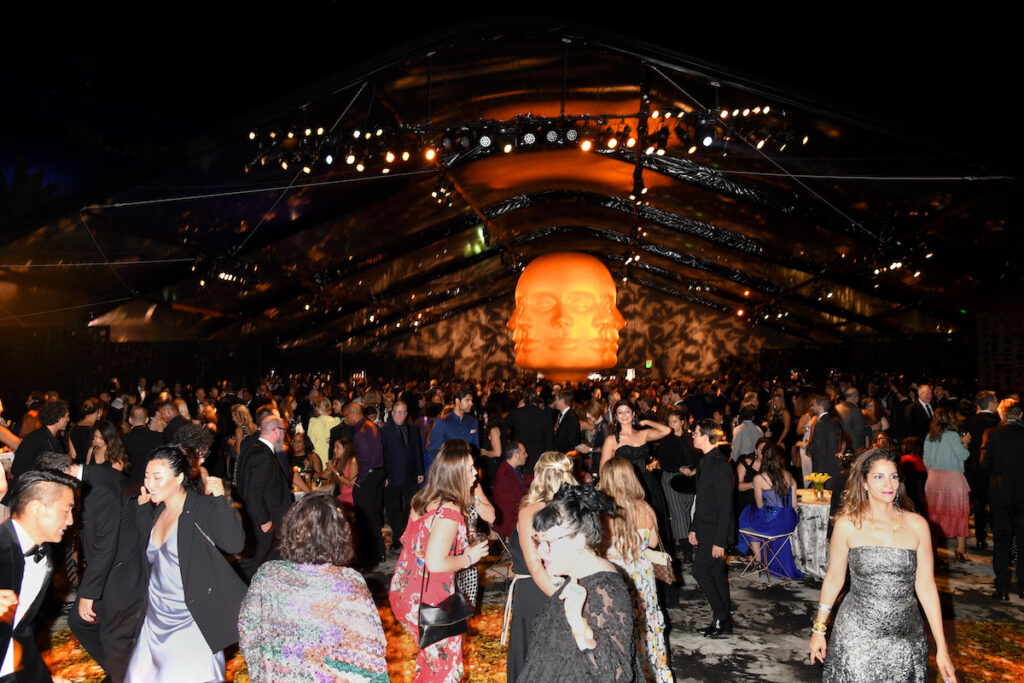 LOS ANGELES, CALIFORNIA – SEPTEMBER 22: A view of atmosphere during HBO’s Official 2019 Emmy After Party on September 22, 2019 in Los Angeles, California. (Photo by Jeff Kravitz/FilmMagic for HBO)

The photo booth was also epic – a room full of candles where guests could hit four poses and take home a commemorative gif. And in usual HBO fashion, the food was also on point, with stations topped with flatbread and plates of salmon and rotisserie chicken. 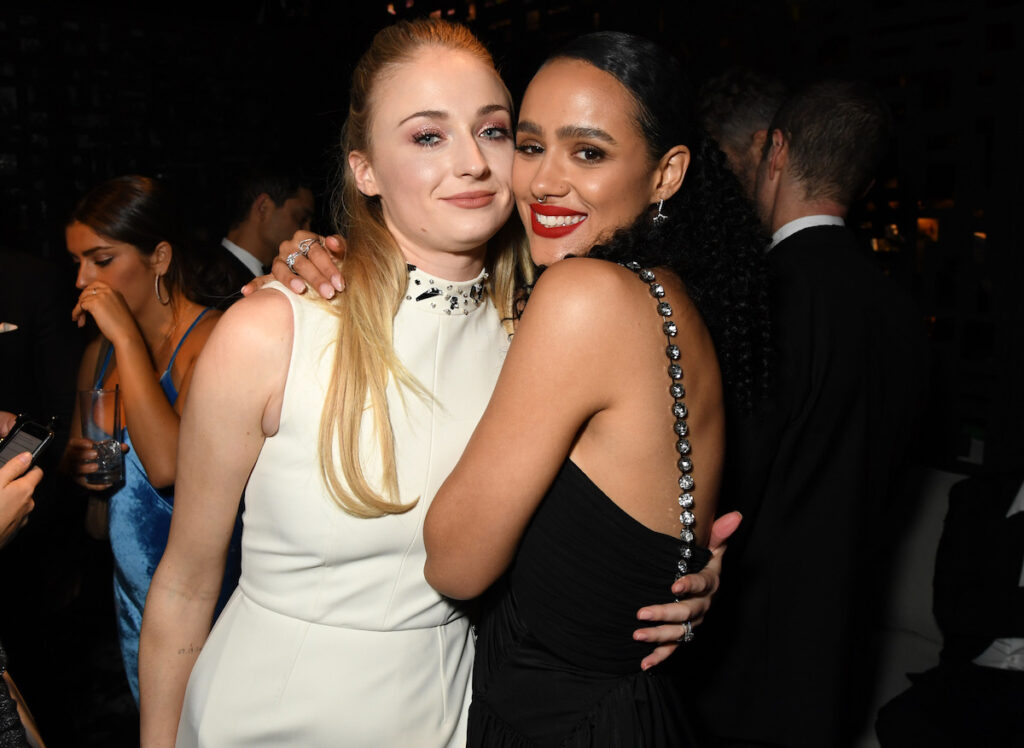 As the night wrapped up, guests were treated to sweets and bottles of Voss water to take home. The party was so much fun that guests shut it down (us included), with security walking up to stragglers saying “I’m so sorry. It’s time to go” long after the music had stopped. We grabbed a Voss and toasted one last glass of champagne to another successful Emmy week. It was one to remember.

Until next time, Destination Fabbers! Cheers! 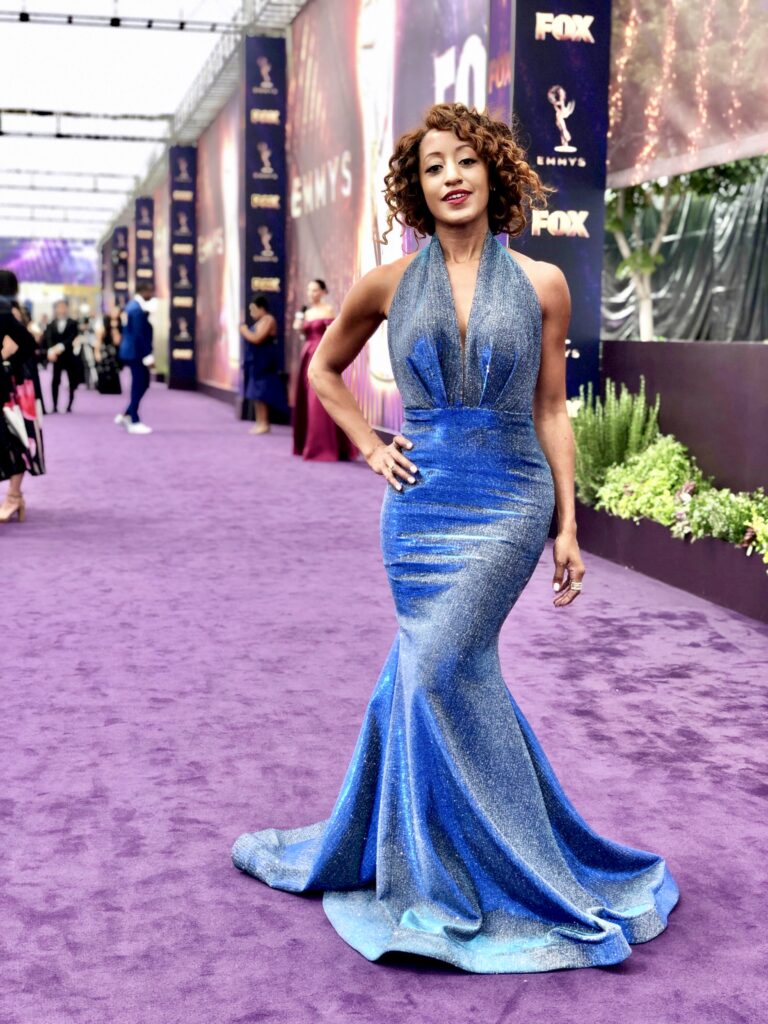 I rarely spend more than $150 on my outfits (including my shoes). Take a peek below to shop this post!