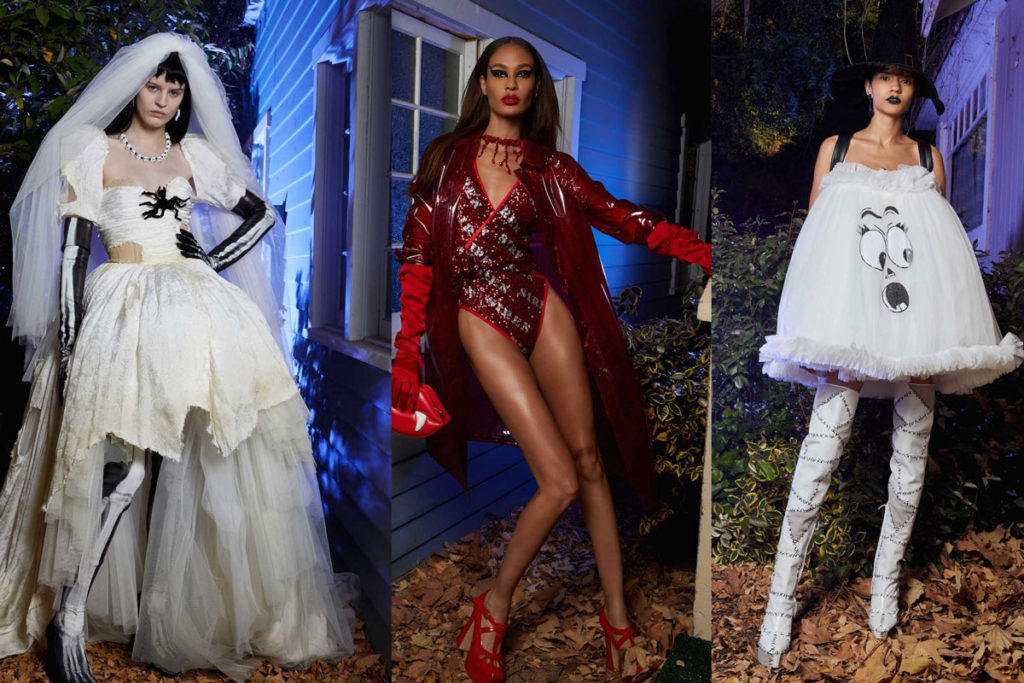 Moschino shows have always been magical.

So, as we strolled towards the Universal Studios backlot in Universal City, Calif., Friday evening to take in Jeremy Scott’s Moschino Spring 2020 Resort fashion show, we knew we were in for a treat.

It was just a couple of hours before night fell on a randomly chilly night in the valley (it felt like winter), and we hopped on a shuttle to the fashion show location with a group of fashion editors, journalists, and Moschino-loving starlets like Paula Patton and Storm Reid. Since I didn’t have a Moschino look that could kill in my arsenal, I turned a netted black and white jacket I found at LF Outlet in Los Angeles into a dress coat, belted it with an AQ/AQ belt, and paired it with my black and white lace-up peeptoe booties.

We found out that this show’s theme would be horror…and our adventure began.

Here are the five things you missed at Scott’s fantastical show! 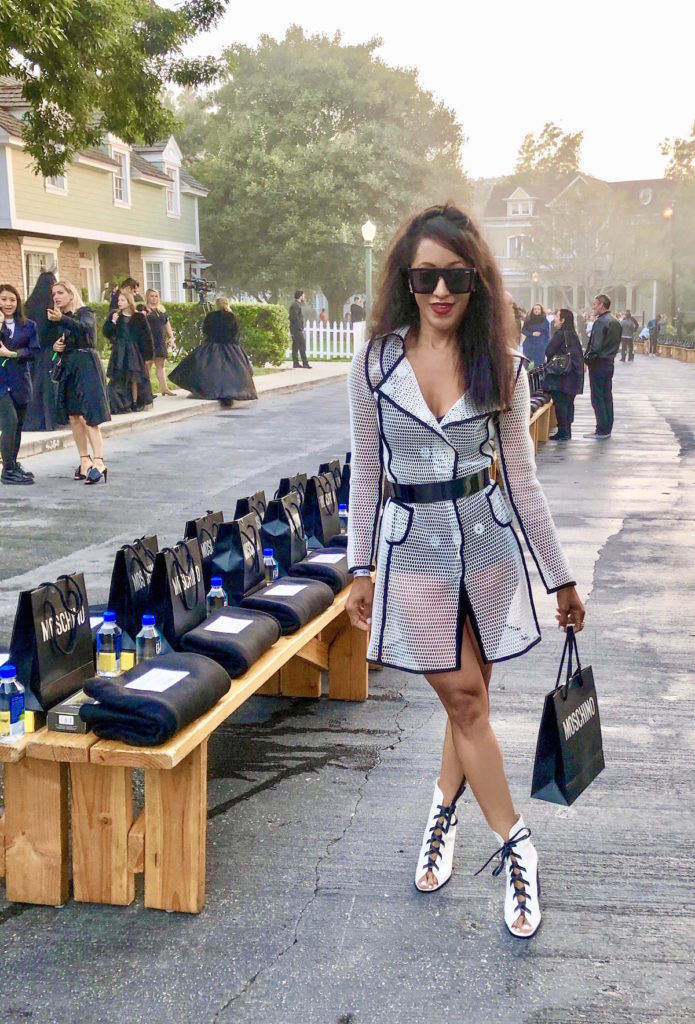 1. It Started With a Mini Horror Backlot Tour

After we hopped on the shuttle, Scott popped up on the screen inside with a haunting laugh, telling us he had a few surprises in store. He even went full Wolfman at one point as he wrapped up the tour in a werewolf costume. We slowly made our way past Frankenstein, who quickly approached the shuttle and Count Dracula as someone yelled from the shuttle “How is he out in the daytime?!” Next, it was time for Jaws as a mechanical version of the movie monster shot out from under the murky water right next to us. Soon, we stopped at the scene of the show. 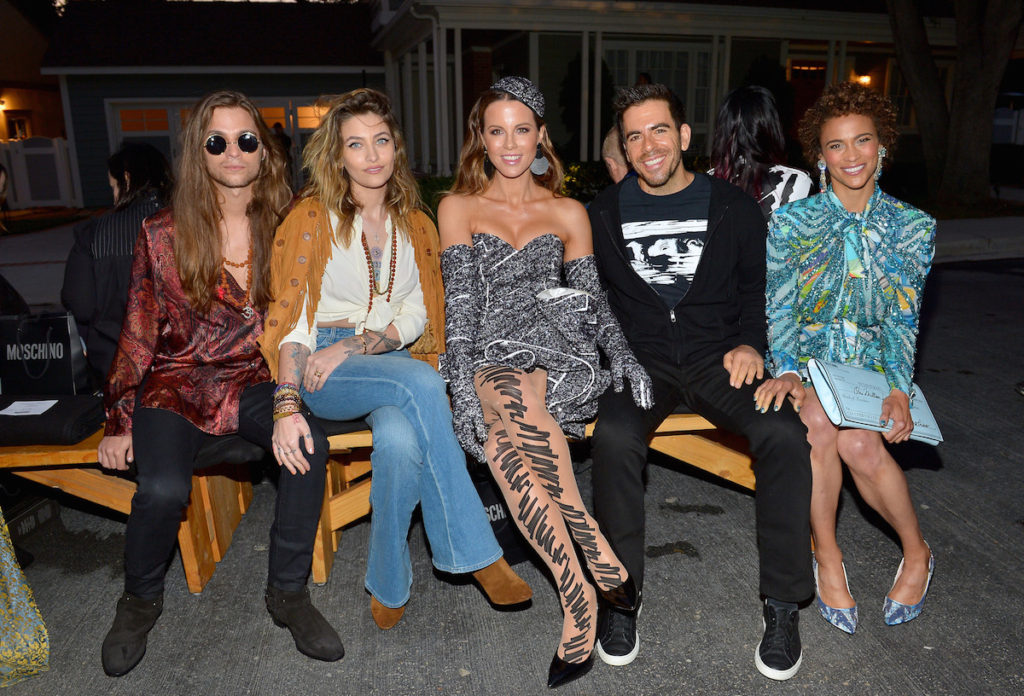 2. The Scene was a Creepy Haunted Neighborhood 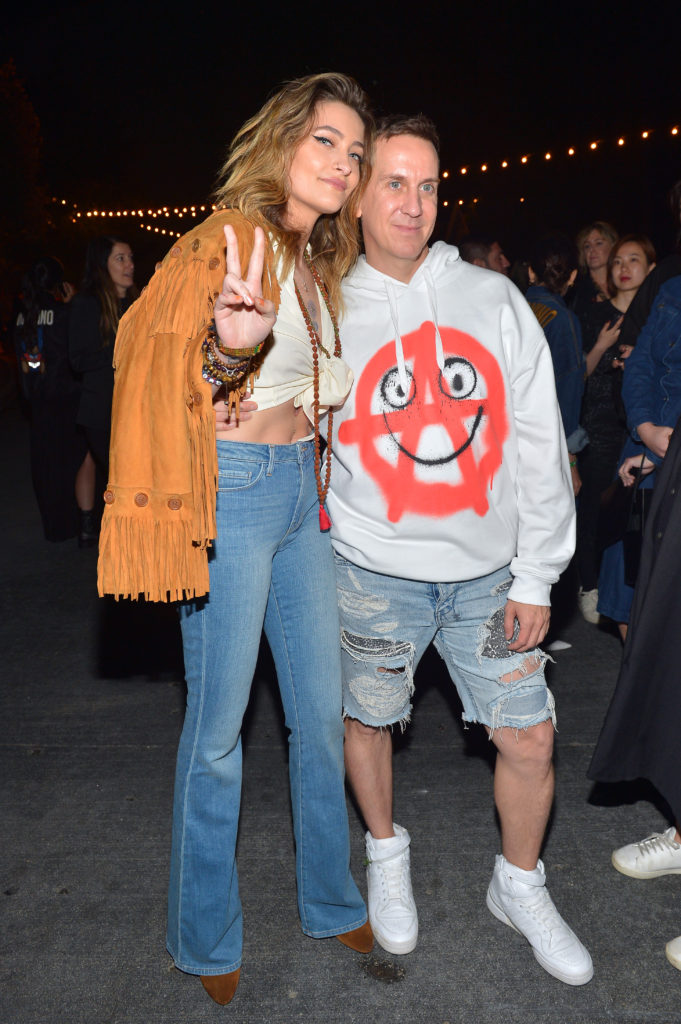 A light cloud of smoke hovered around the area as we walked to our seats. The rows were right in the middle of a street in a makeshift neighborhood, and each seat was topped with a black Moschino gift bag that included a big bottle of Moschino Toy 2 Cologne.

Before the show began, guests mingled, snapping photos in their stylish, bold looks, catching up, and talking about their excitement for the show. Sean “Diddy” Combs’ son brought his snake to the event, with the animal wrapped around his arm as he sat front row.

3. A Loud Scream Kicked Off the Show 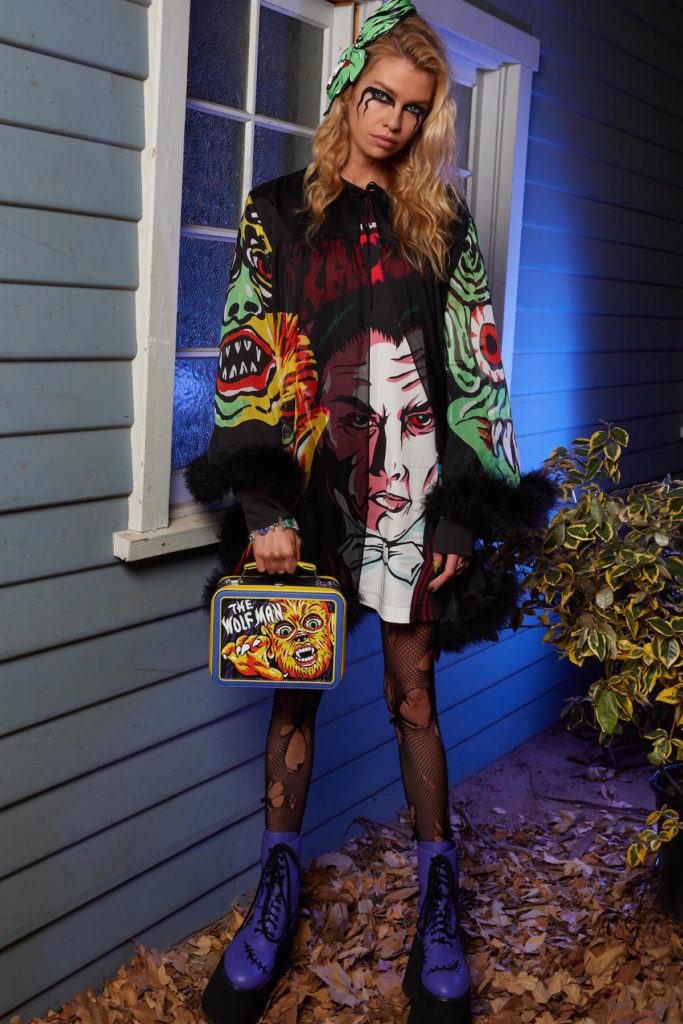 The Moschino squad waited until it got completely dark, and then they asked us to take our seats. A woman dressed in white soon ran out of one of the homes with a loud scream, banging on the door of another home as she tried to get help. The Halloween theme song poured from speakers and we caught our first glimpse of the models. “This is so cool,” I said, as all of my Halloween fashion couture dreams made their way down the street. “Right?! Wow…,” a stylish gent sitting next to me replied, as a model sauntered down in a white ghost tulle mini dress topped with a black witch’s hat. 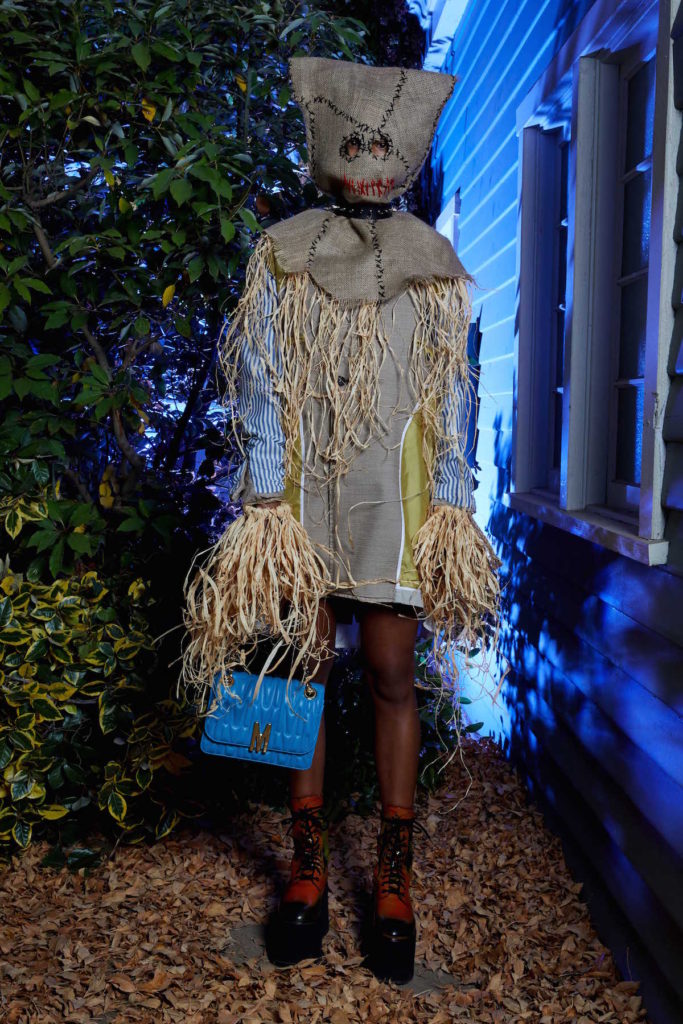 4. The Looks We Want to Wear This Halloween

As soon as October hits, we’re going to be looking for deals on this Moschino collection so we can bring on the high fashion slayage to Halloween fetes. Here are the 5 Looks we loved the most from the show! 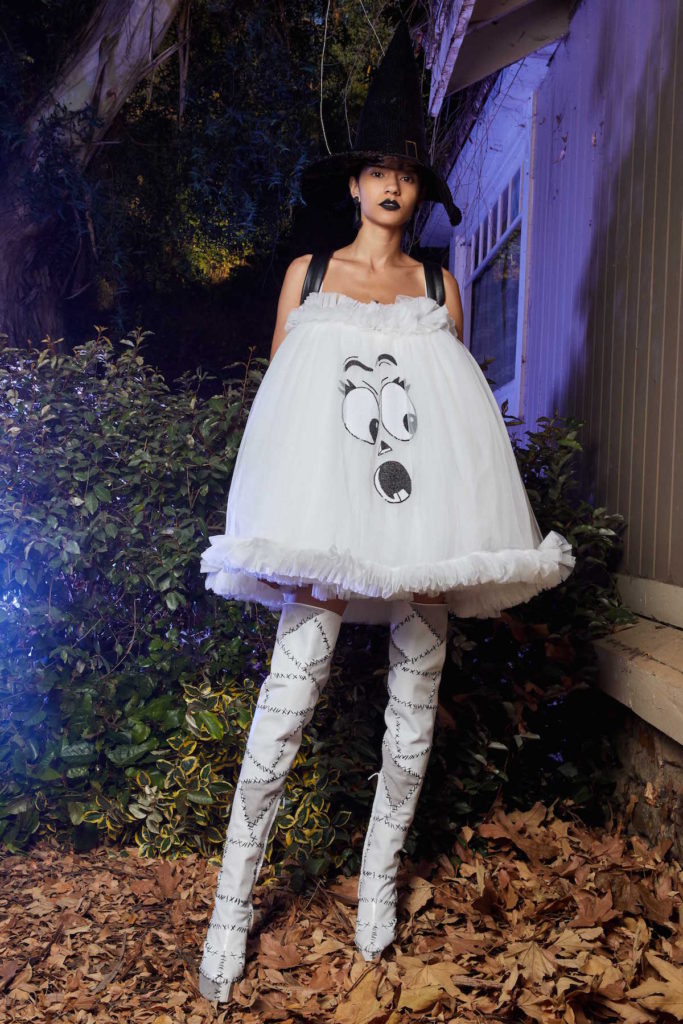 As an October baby and a lover of all things fashion, I feel it’s only right to stake my claim on this ghost lewk for Halloween. 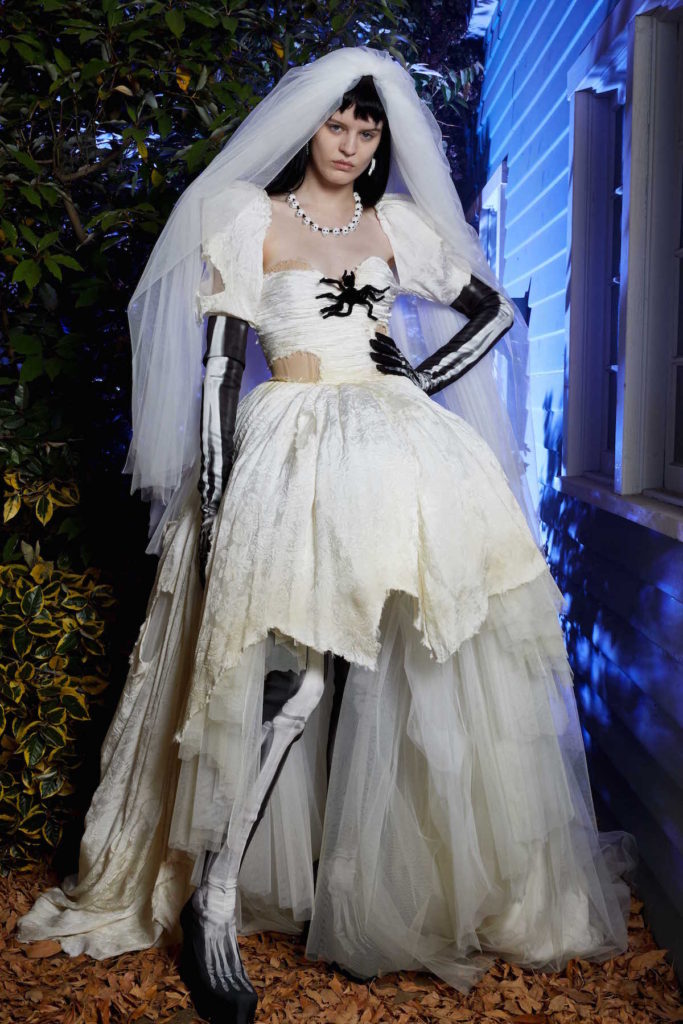 Tiers of floral lace, plenty of tulle, a spider broach, and skeleton stockings and sleeves. Meet the Halloween wedding dress of our dreams for trick-or-treating. 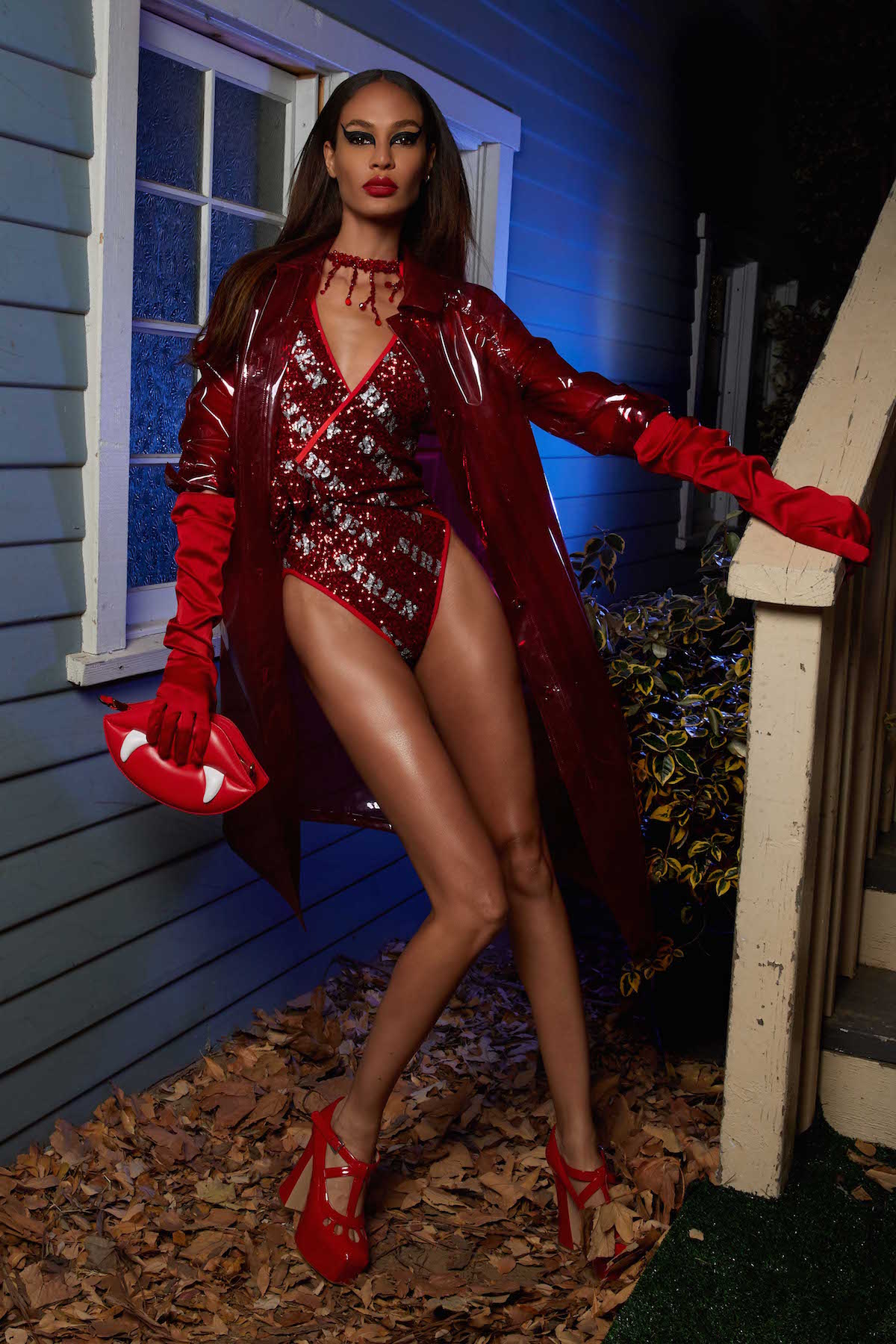 Trick-or-treat? We’re sure this glitzy red sequined bodysuit is geared towards the treats. With its pairing of red patent leather platform heels, red satin gloves, and a red plastic cape, this is monochromatic done so right. And that killer cat eye? Yes, Joan Smalls. Yes. 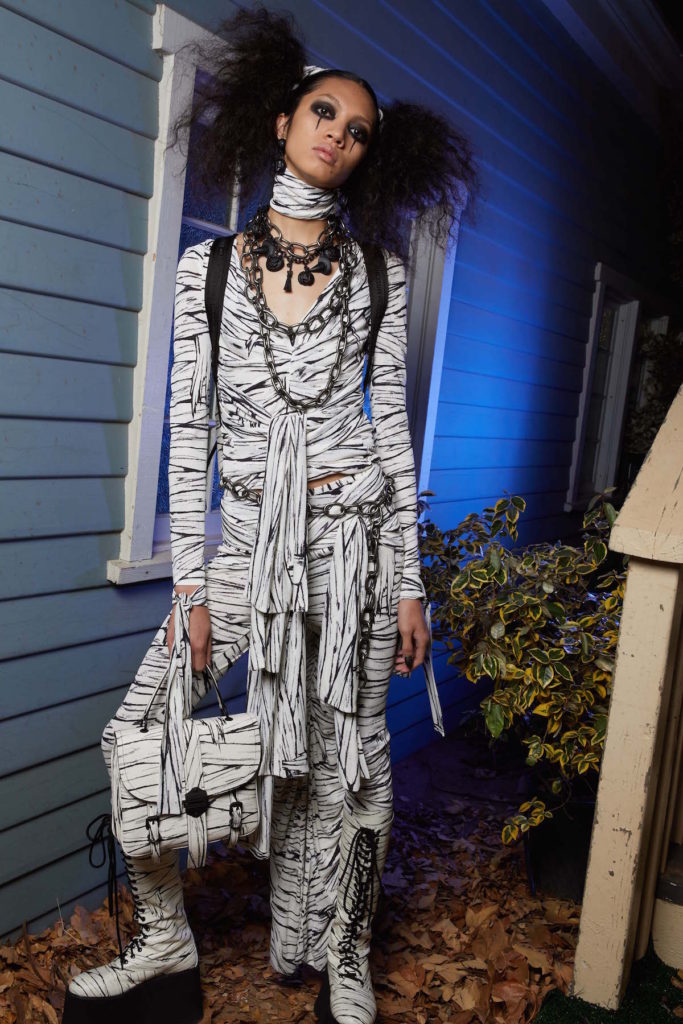 Why wrap yourself in toilet paper when you can suit yourself up like this and slay. The lace up platform boots and bag to match had us drooling over this look. 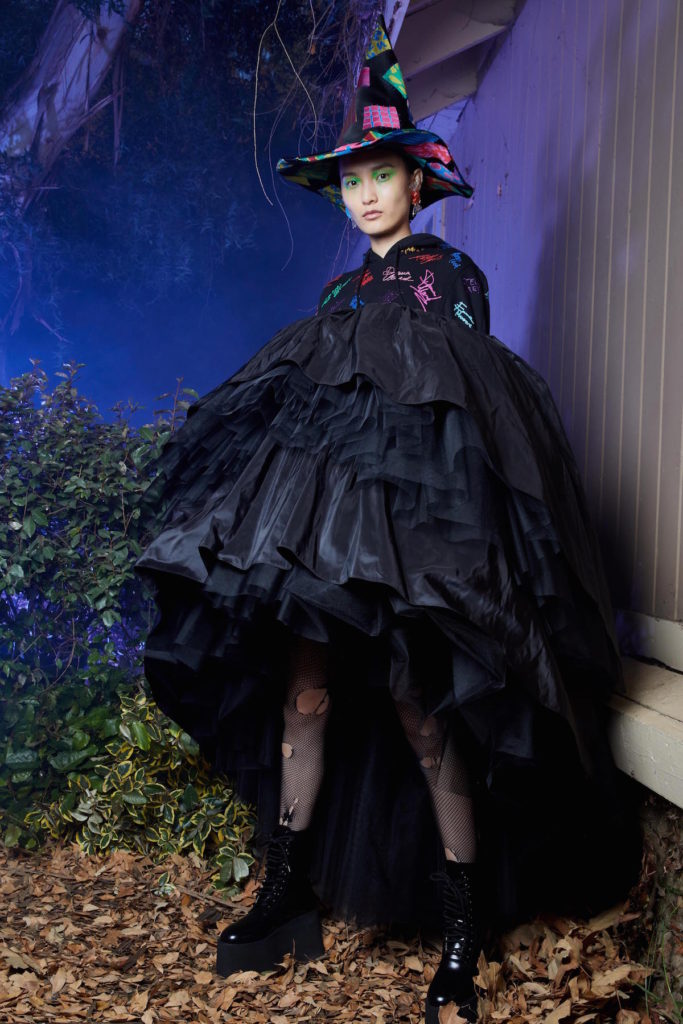 Walking into your Halloween party like I’m about to cast a fabulous spell. This look was everything. From the printed witches hat that matched the sweatshirt tucked into the black tulle skirt…we were all bewitched.

After the Show Was the After Party… 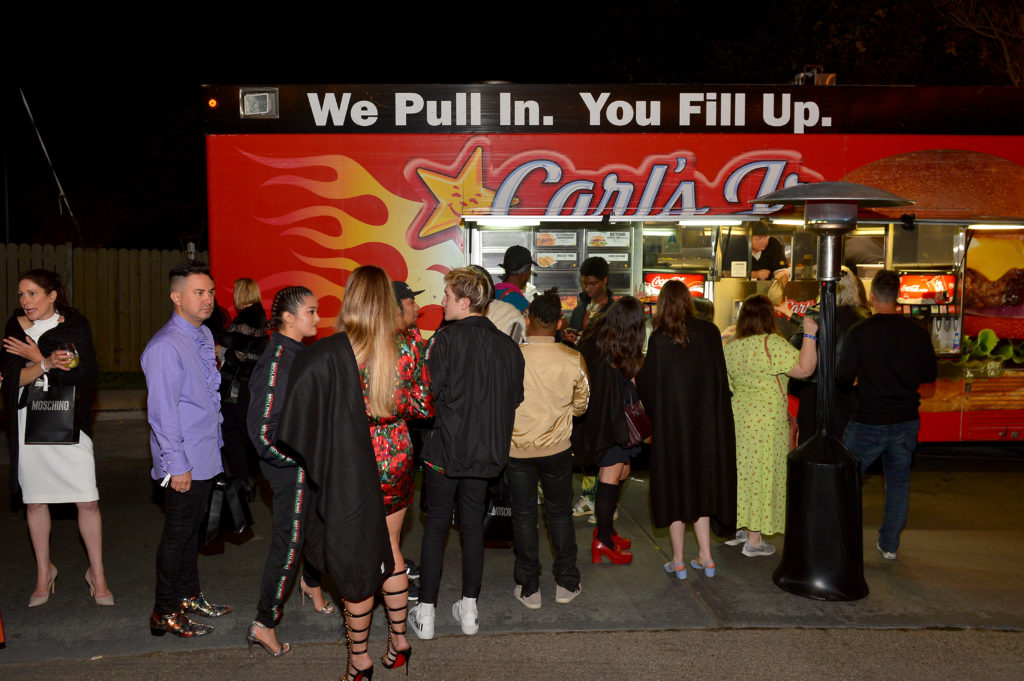 There are few things better post-fashion show than an after party that’s just feet away that comes complete with a food truck and open bars. When the show wrapped up, everyone walked over to the afterparty to indulge in both. It was relatively low key, so although a model did climb up into one of the trees, no one was raging and dancing the night away. 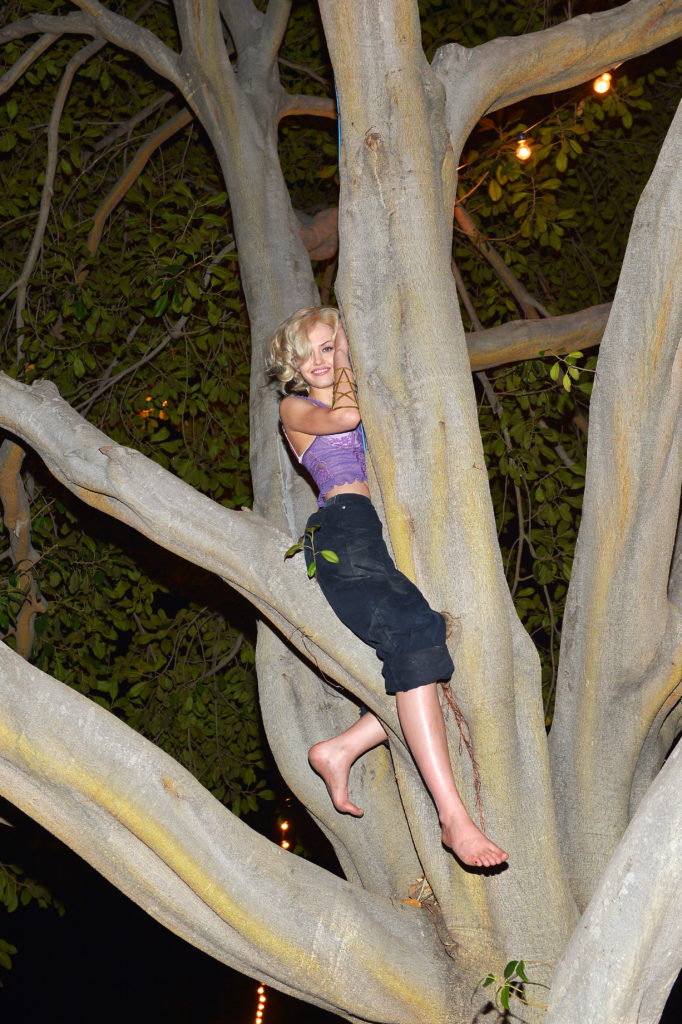 The post-show fete, like the show, was outdoors and it was freezing (seriously, I was shivering), so guests quickly grabbed grub, a cocktail and rolled. 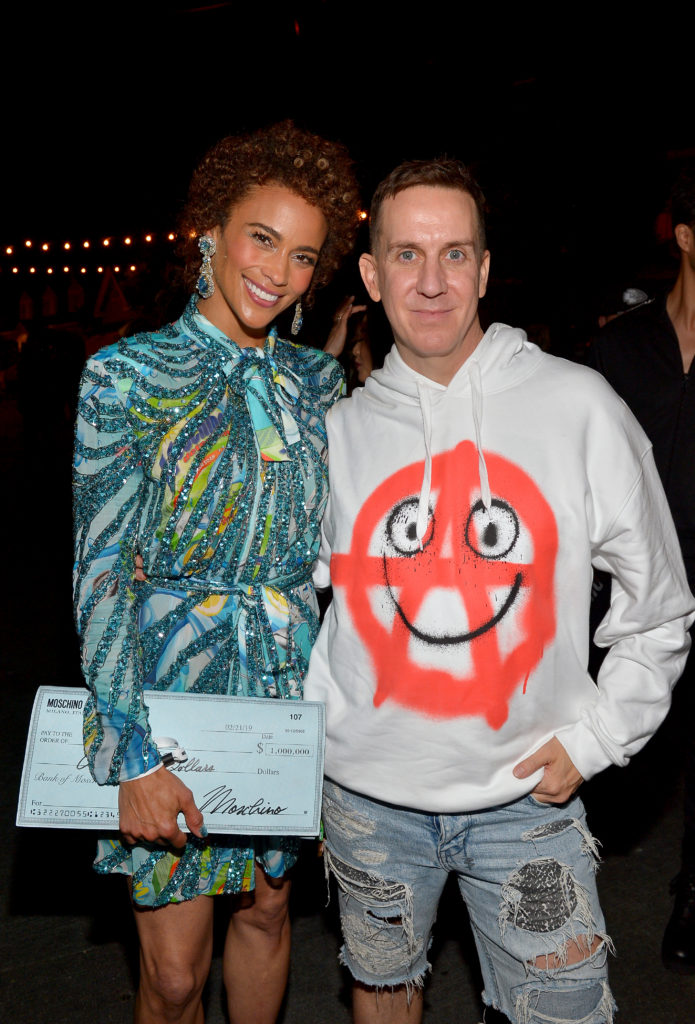 The Carl’s Jr. food truck was definitely a highlight, so much so that the line was so long that it took around 30 minutes to get a bite of a vegan Beyond burger (only in L.A. right?!) or cheese burgers and tater tots.

After a full belly and a champagne toast to an unforgettable evening, I headed home. Full of fashion inspo as well.