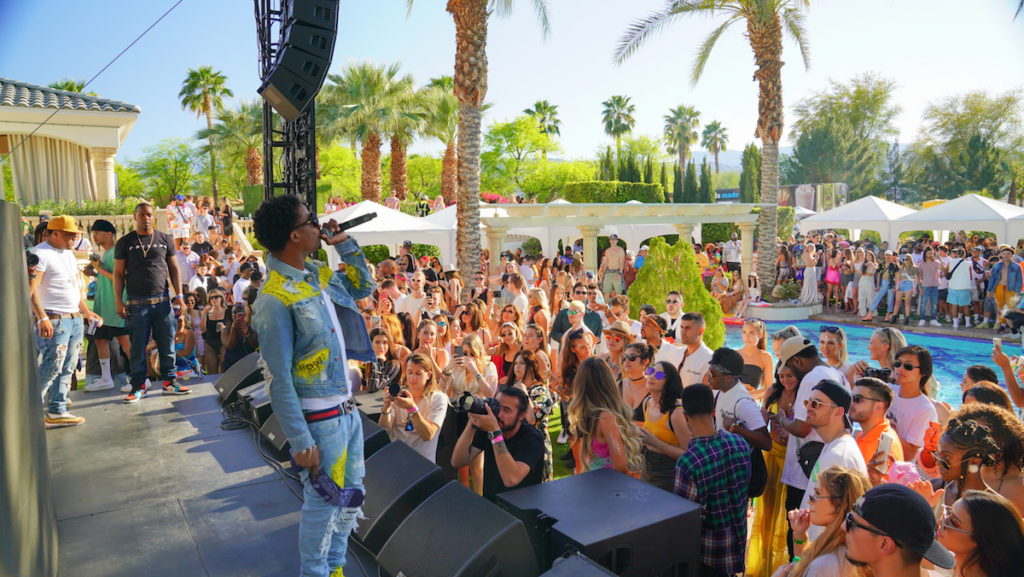 There are parties from day to night the first weekend of Coachella, but if you’re really lucky you can take in the fest VIP style at the hottest bashes around the desert. Go back inside two of our favorites – Bootsy Bellows & McDonald’s Pool Party and TAO x Revolve to get all the details on what we experienced and what all the stars were up to at the bashes. 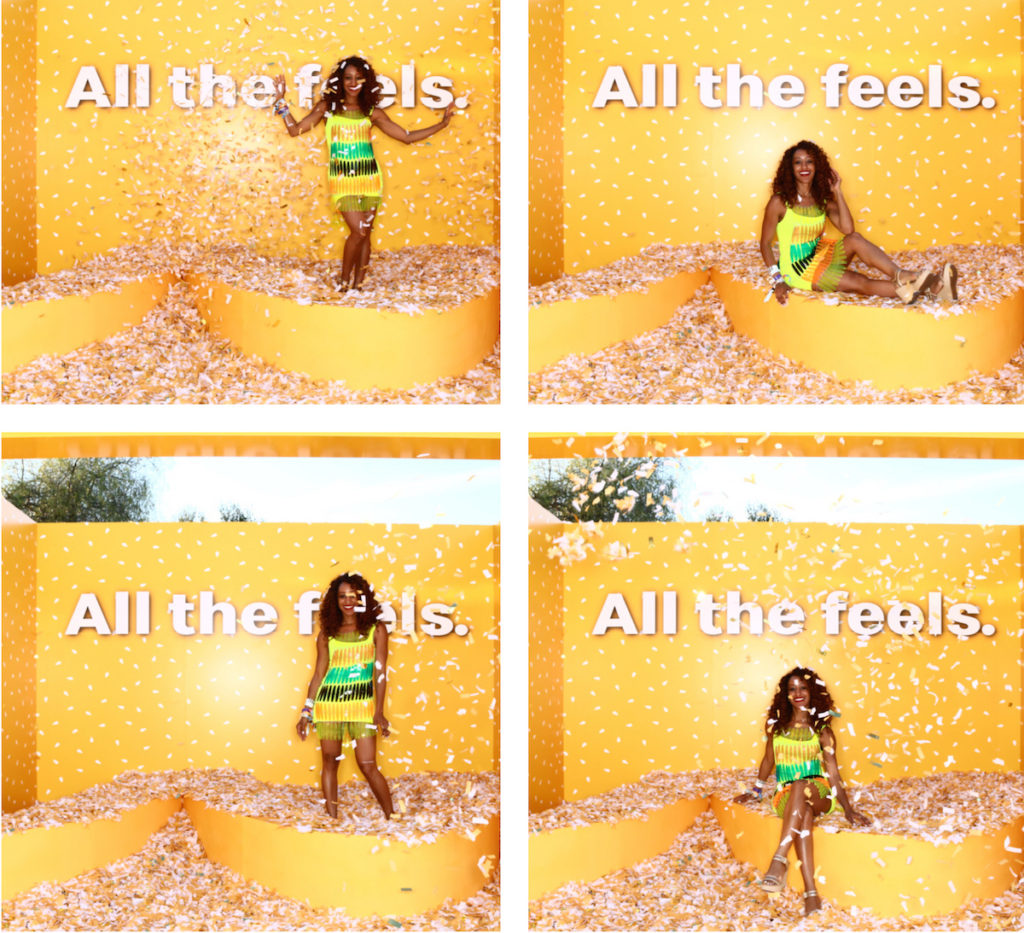 Bootsy Bellows and McDonald’s Coachella Pool Party always arrives right when we need it, and it’s clear we’re not the only ones who feel that way. (Top photo credit: courtesy of Mike Nguyen)

When we’re ready to turn up at a daytime bash, it’s right there, ringing in our Coachella Saturday right with unlimited McDonald’s cheeseburgers, Chicken McNuggets, and fries served out of a huge truck, open bars complete with Avion tequila cocktails, and a fab location to boot. This year was no different, with Gigi Hadid, Kendall Jenner, Joan Smalls and more all returning to the Bootsy Bellows Estate for the pool party of the weekend too. 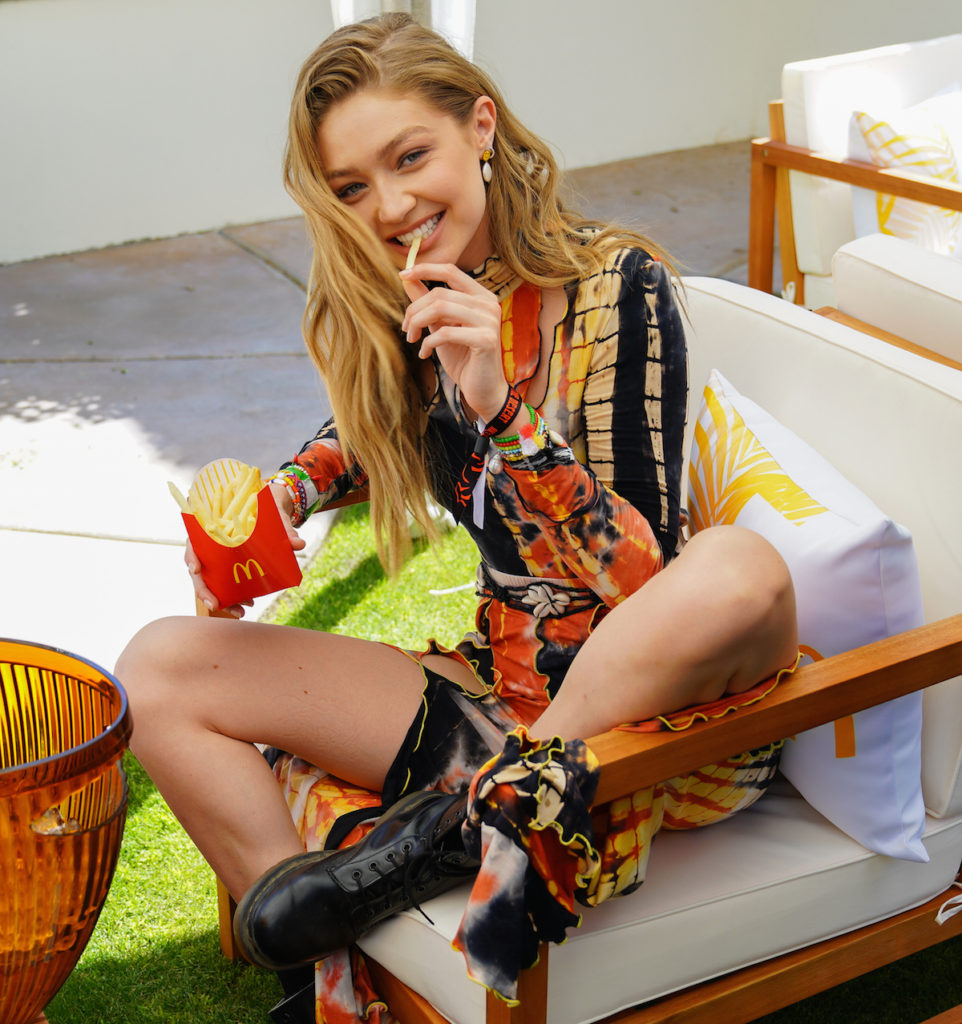 As we walked across the massive lawn to the packed poolside cabanas, Rich the Kid took the poolside stage at the annual bash to get the party started, as guests danced around the pool and a few stripped down to their bikinis and hopped in the hot tub. As we took a look around, it quickly became clear that this exclusive, invite only bash has become a staple when it comes to where the stars come to play before heading to the festival grounds Saturday.

Jaden Smith, who caught some flack for his appearance during the weekend (the photo below might tell you why :x), soon strolled into the bash and laughed it up with friends as he flashed his silver grill. 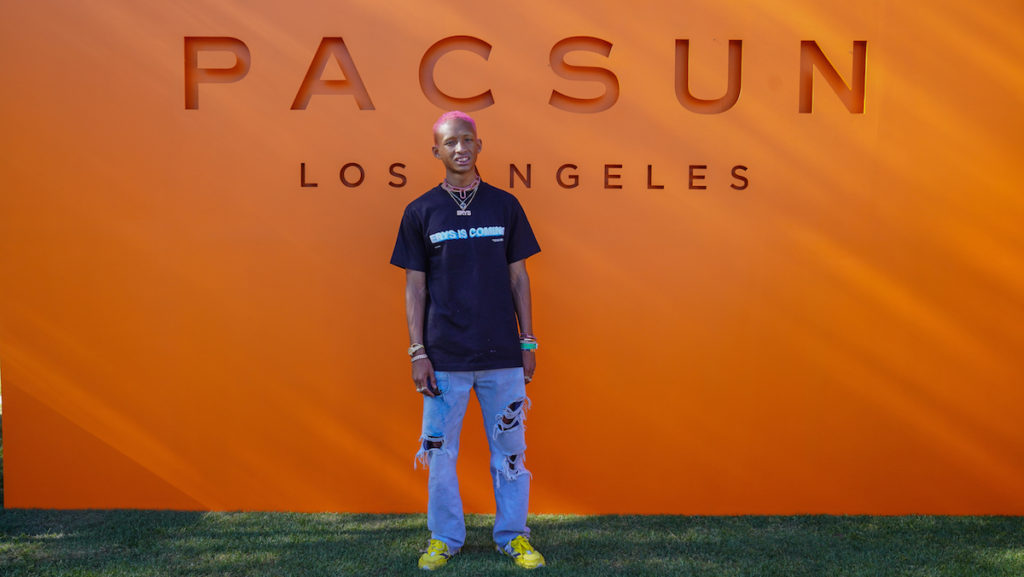 Meanwhile, Hadid munched on some fries before hanging out with her BFF Kendall Jenner in a tie-dye dress and boots. Idris Elba did the same, noshing on fries with his daughter, in the VIP area of the event. 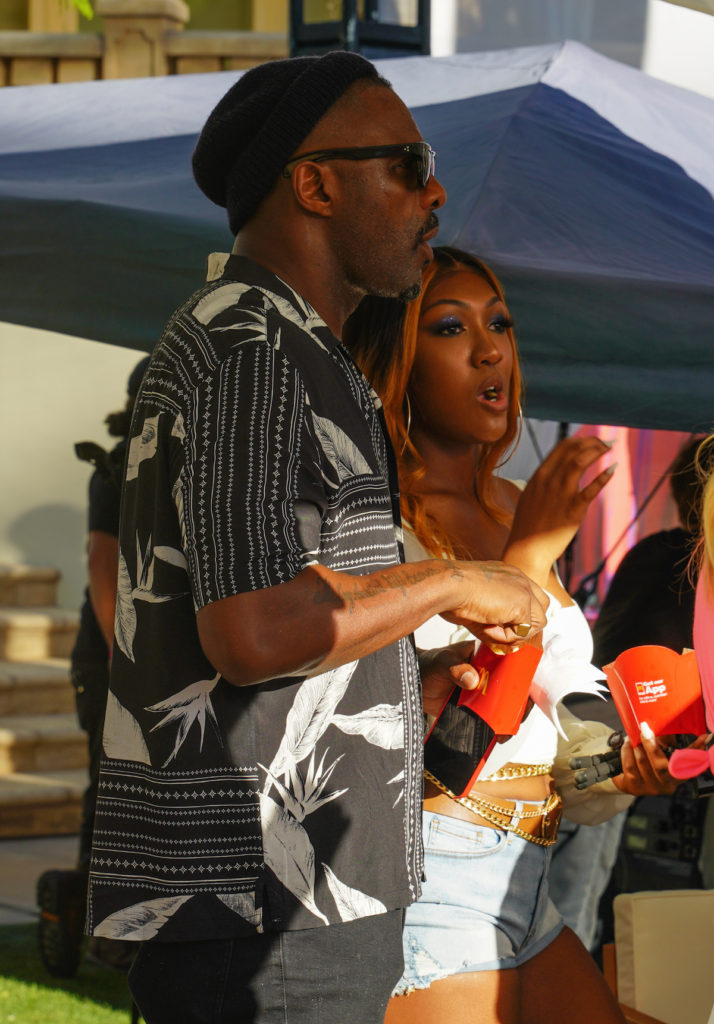 Former One Direction star Liam Payne was also on hand, beating the heat with his shirt off, flashing his 6-pack abs in patterned swim trunks. Before grabbing festival inspired vests and jackets from the PacSun pop-up on hand, we and party goers popped into the bright yellow “All the Feels” McDonalds photobooth, which came complete with confetti to toss to celebrate the weekend. 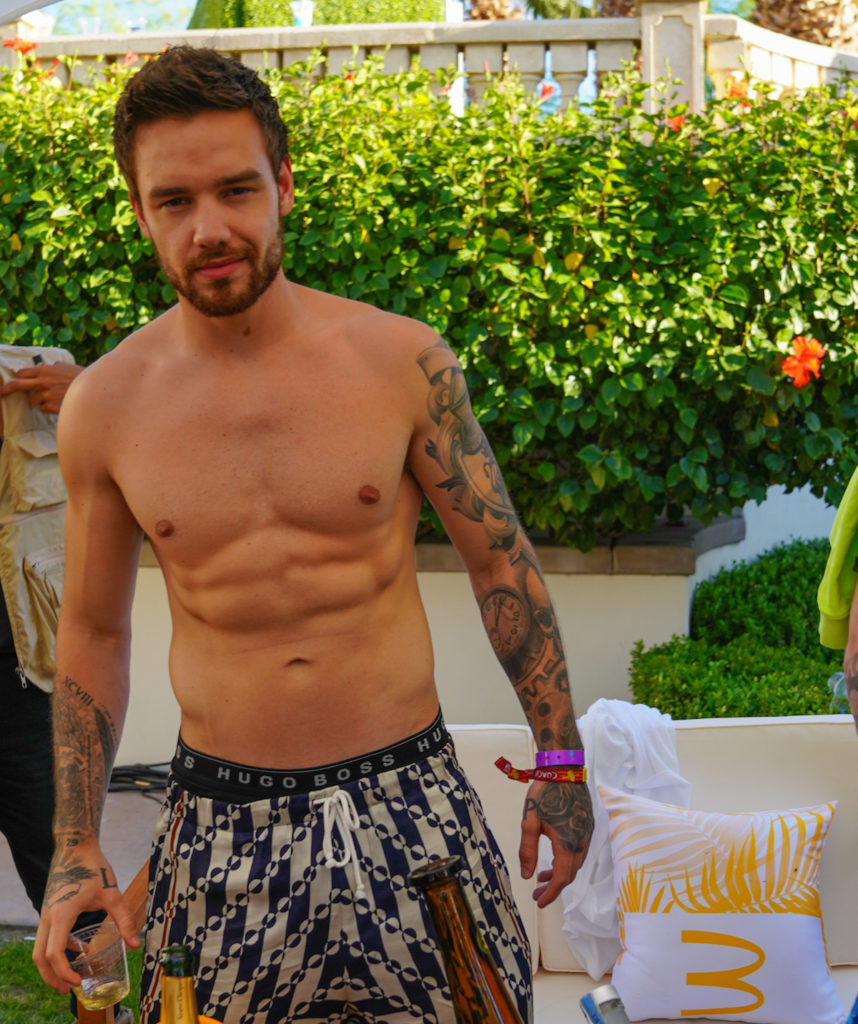 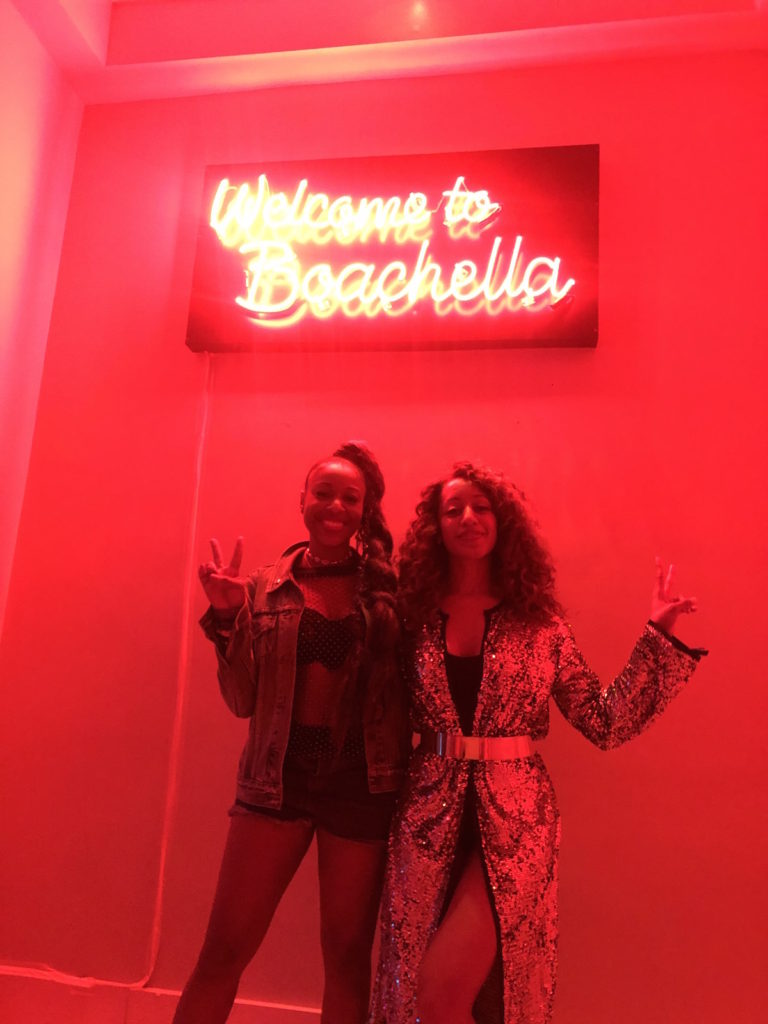 There are parties and then there are unforgettable fetes. The latter was TAO x Revolve. Without a doubt, the TAO pop-ups never let us down (just take a look at our site, and you’ll always see them), and this one was no different.

The bash took place inside of the massive home on the Revolve Festival grounds, and as night fell and we walked into the red-light estate, we knew this party was going to give us our entire lives. “Welcome to Boechella” a neon sign that celebrated YG’s Coachella performance flashed, beckoning us to the nearby Remy Martin room. It was a side luxe cognac room drenched in red light, with bartenders serving up signature Remy Martin cocktails, which guests sipped while kicking back on lounge seating. 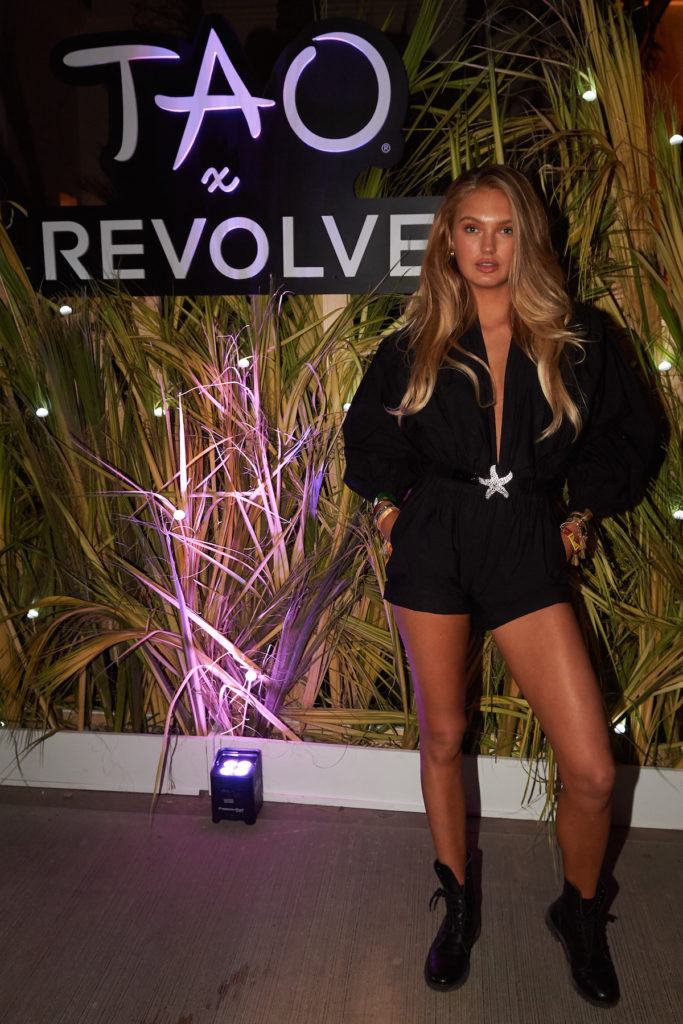 Meanwhile, the main living room was where everyone turned up. Diddy was posted up in a corner hanging out with Meek Mill and 2 Chainz, and a sea of Victoria’s Secret models including Romee Strijd, Shanina Shaik, Jasmine Tookes, and Sara Sampai were all partying the night away. 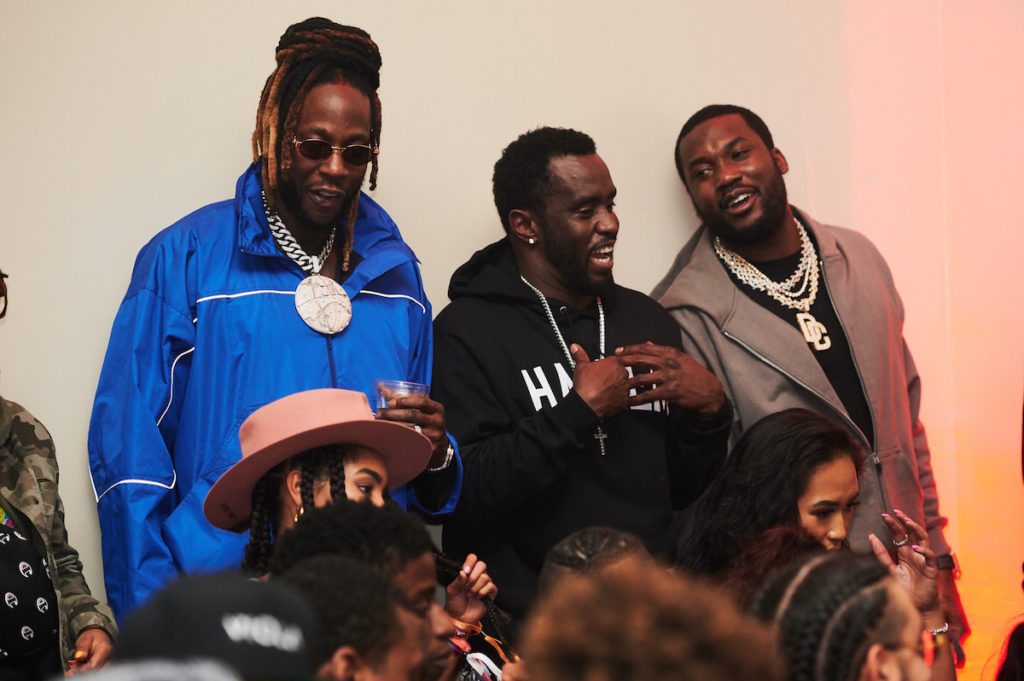 YG was also there, striking a pose near the Boachella sign with friends, and Jordyn Woods arrived so low key that she actually had a white mask covering part of her face for part of the fete.

After partying to hip hop sets inside of the home, we stepped outside to sip Casamigos Margaritas and Jalisco Mules at the Casamigos open bar, and ordered up Uncle Paulie’s sandwiches from the food truck – where Cuba Gooding Jr. strolled past the line and grabbed one too before heading back in to party with US star Winston Duke. 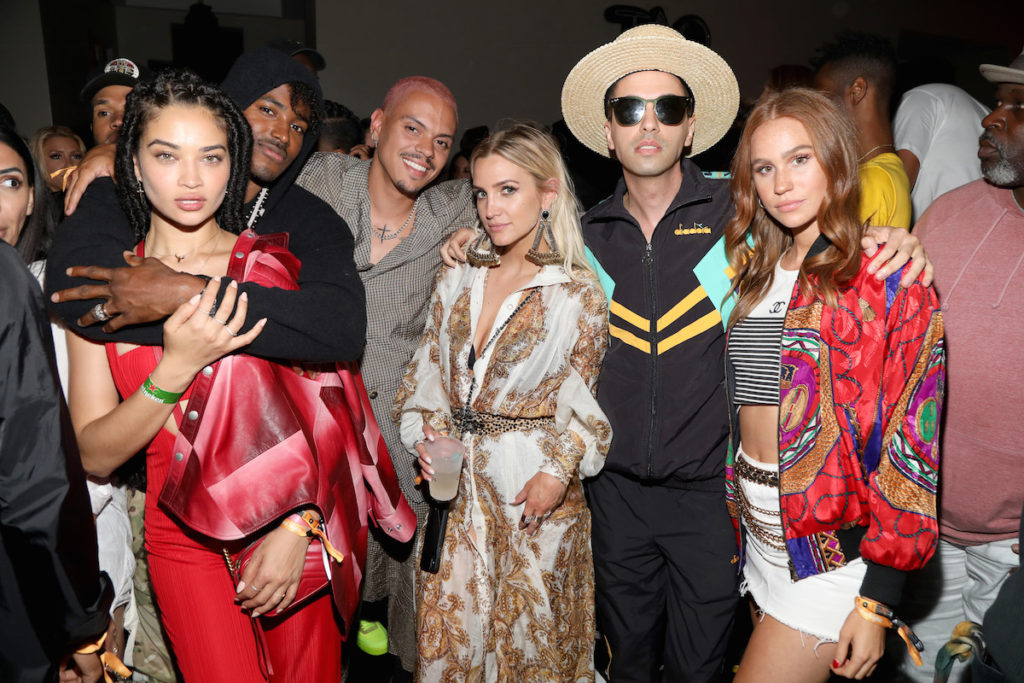 Aside from the food and grub, guests also were treated to a custom cannabis bar by Al Harrington’s Viola, a Weedmaps bar, and a vending machine doling out Venus et Fleur, Heineken, Cintron, Hampton Water Wine, and LIFEWTR.

We were exhausted at that point, but it was hard to leave the fete, which lasted until the wee hours of the morning. 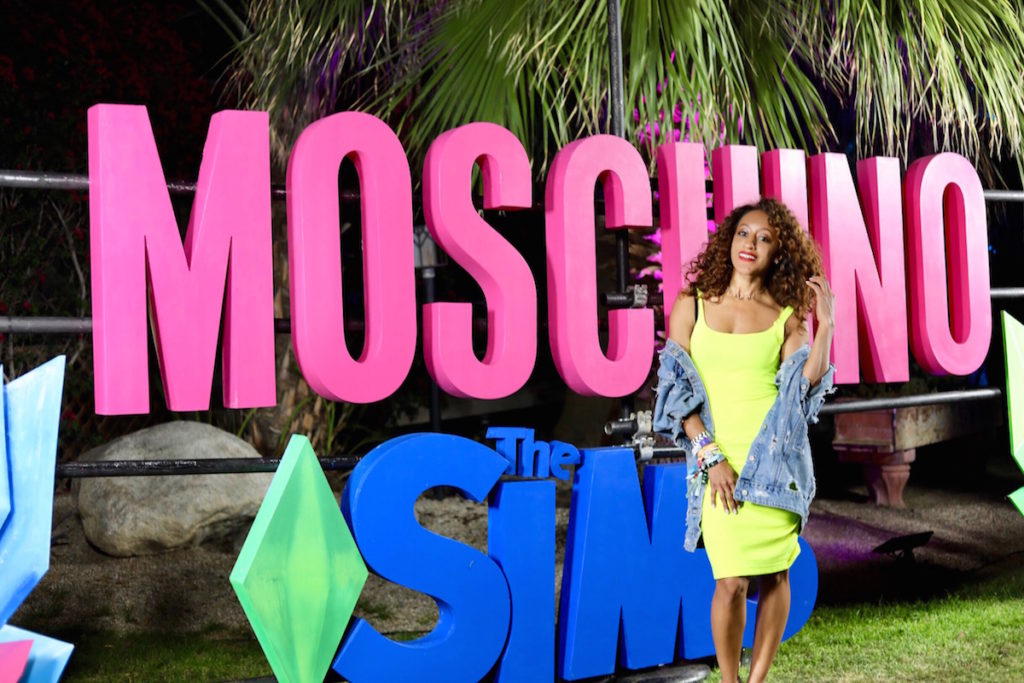 Moschino Creative Director Jeremy Scott brought his annual Coachella fete back to the desert with a theme centered around The Sims to celebrate the new Moschino x The Sims collection.

“Would you like a cocktail?” a server palming a tray of Ciroc cocktails at the entryway asked as we strolled into the outdoor fete. After striking a pose at the giant, colorful Moschino x The Sims signage, we grabbed Sonic burgers and tater tots from a food truck and made our way towards the strobe-light lit stage.

Per the theme, Sims dancers were twirling their virtual hips around as the DJ dropped his hip hop, top 40, reggaeton set, and guests danced along with them on the grass below. Meanwhile, Stella Maxwell and more partygoers slid down a colorful, wavy slide and others danced and sang to the music as they skated around an actual skating rink that was created for the event.

It was all very Jeremy Scott. And we loved every bit of it. 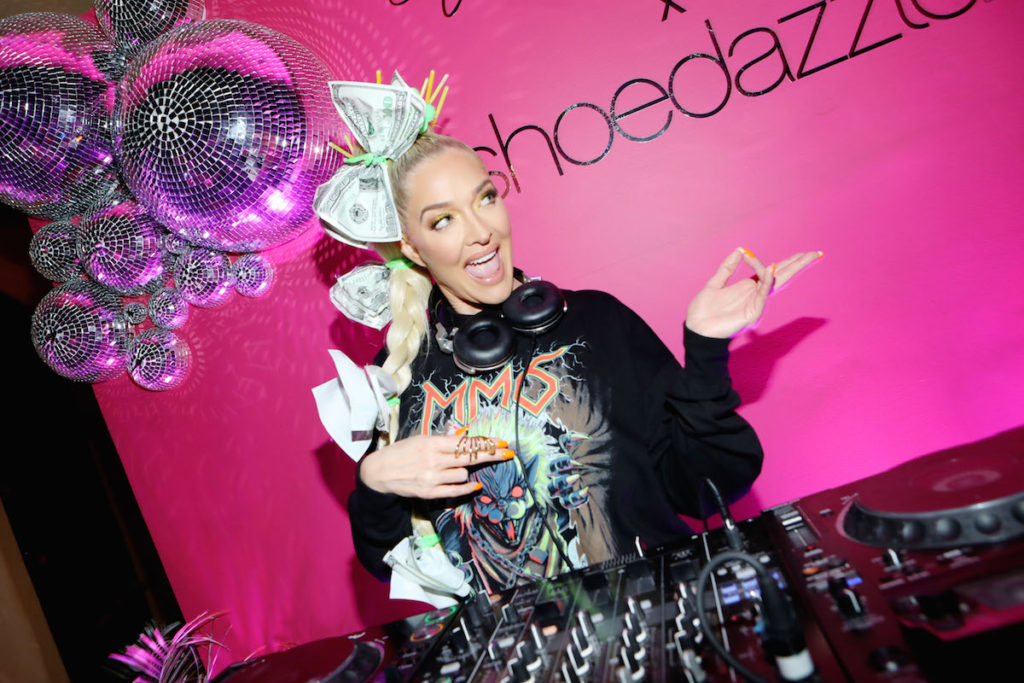 Out of all of the parties we ventured to as night fell around the desert, this one was probably the most massive. There were so many rooms at this party that we lost track, and each one had a different flavor.

Real Housewives of Beverly Hills star Erika Jayne served as the DJ for the main room, and spun pop and house for the crowd in front of a hot pink Shoedazzle backdrop. Meanwhile, singer Jojo hit the main stage in a red patent leather lewk and kept partygoers on their feet with a powerhouse performance.

As we strolled around the party, we toasted Ketel One Botanical cocktails and stumbled upon the secluded VIP room. “Wait…are those massage tables?!,” I said, as I spied guests laying down on white massage tables and masseuses massaging their limbs. Inside, we and other VIPS grabbed cocktails from the private open bars inside and danced the night away on the private dancefloor. 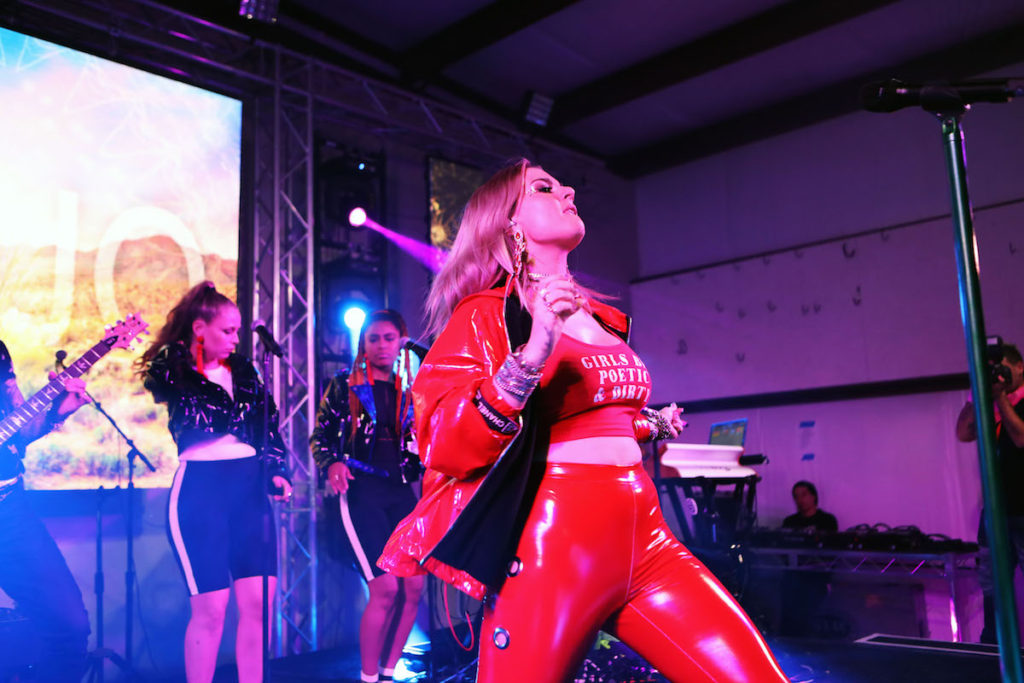 Nearby, guests raged in a techno dance room covered in strobelights, while others grabbed sips of cannabis-infused canned drink CANN, which was on tap at the event.

It was a weekend full of incredible nights and bashes that we won’t soon forget.