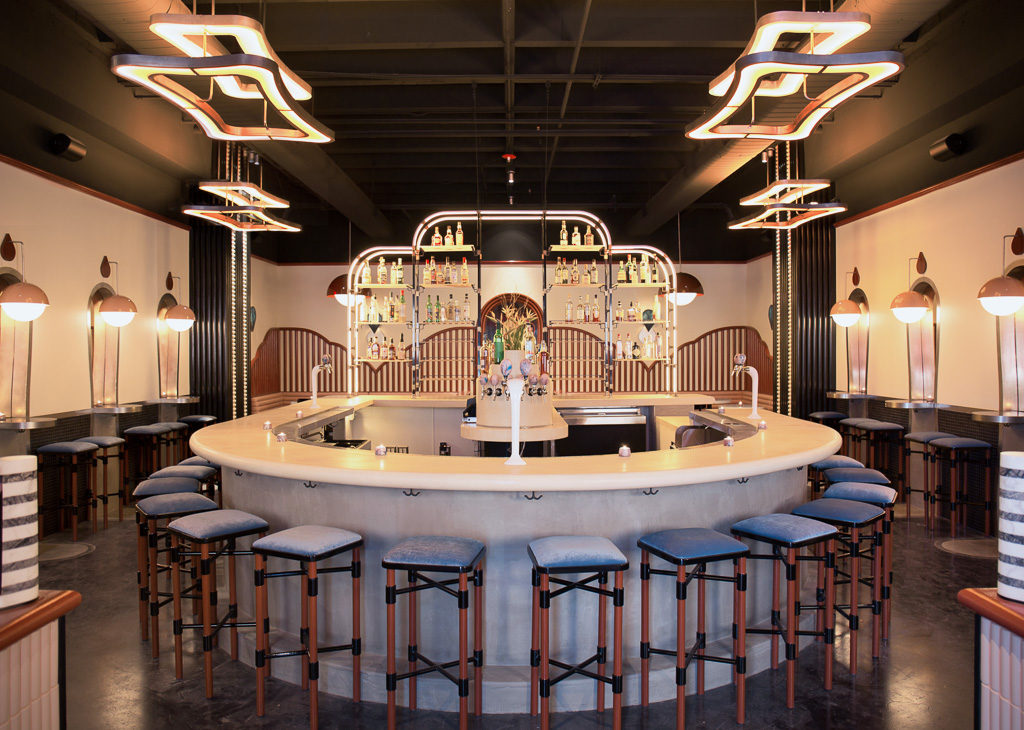 Bibo Ergo Sum, which means “I drink, therefore I am” in Latin, first opened its doors last November in Robertson Plaza, serving up craft cocktails so good that it quickly turned it into a local hotspot.

I popped into the chic West Hollywood lounge to get a taste for what it was all about, and was immediately taken by the decor. Stepping over the Bibo-emblazoned checkered floor, I took a seat at the bar and ordered up a June Bug cocktail. “It’s a mix of 1920’s Vienna mashed up with 60’s Parisian bistro,” Bibo manager Daniel Zacharczuk told me about the interior as I settled in for a few sips. 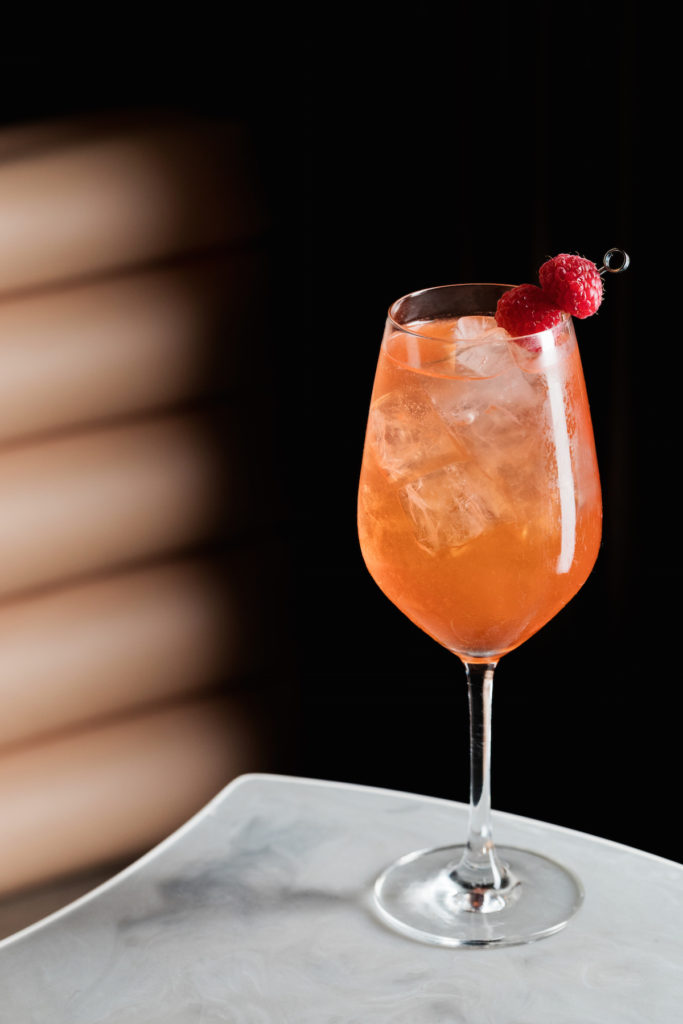 And when I took the first sip…wow. Incredible. Whipped up with sparkling Rose, Giffard Pamplemousse Liqueur, raspberry, lemon juice and more, the light and refreshing June Bug is just one of the cocktail faves on the menu.

The other three cocktails that keep patrons coming back – the cinnamon tequila and dry orange Curacao-infused Throw Some C’s, the whiskey-based Grandpa Joe, the cucumber and lemon vodka-infused First Light, and the unique spicy High Note created with toasted sesame tequila and coconut creme. 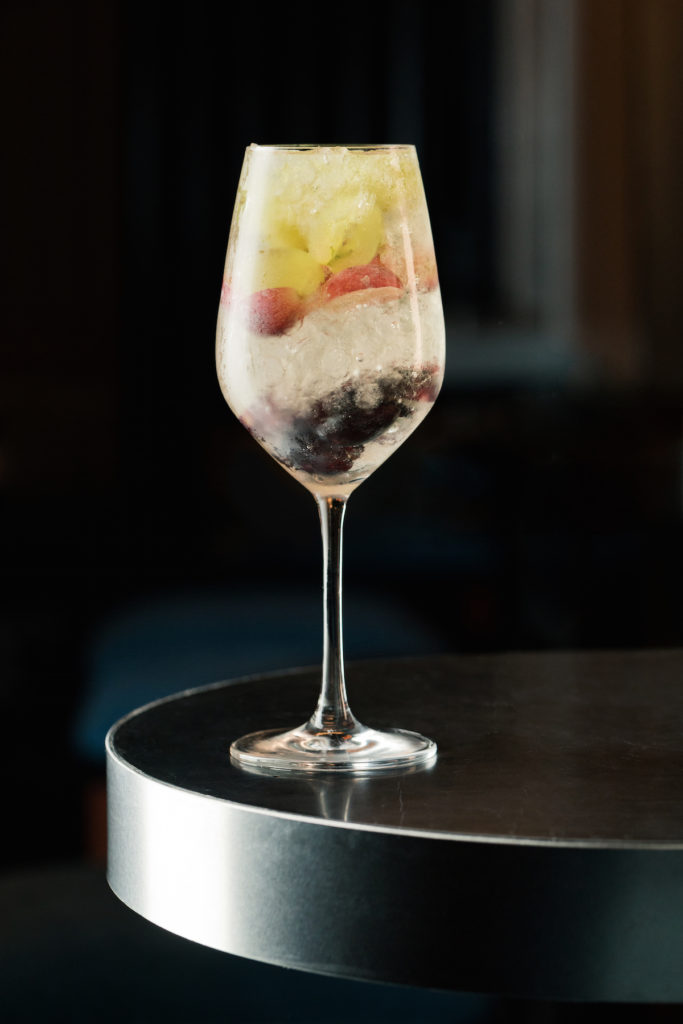 The menu, which features 18 cocktails (ranging from $12-$14), pays homage to magician/illusion drama The Pledge, and is divided into three sections inspired by the three components of a magic trick: the Pledge, the Turn, and of course, the Prestige.

The Pledge includes cocktails that put a spin on traditional drinks like the Negroni. The Turn caters to those who are up for an adventure with its risky cocktails that “push the envelope”, and the Prestige (the “final act”) combines the culinary techniques of the Pledge and the Turn and takes things to the next level.

In addition to the whimsical cocktails, there is also a non-alcoholic mocktail at the top of each section too, like the black tea and grape skin Sleight of Hand that actually has wood smoke flowing off the top. 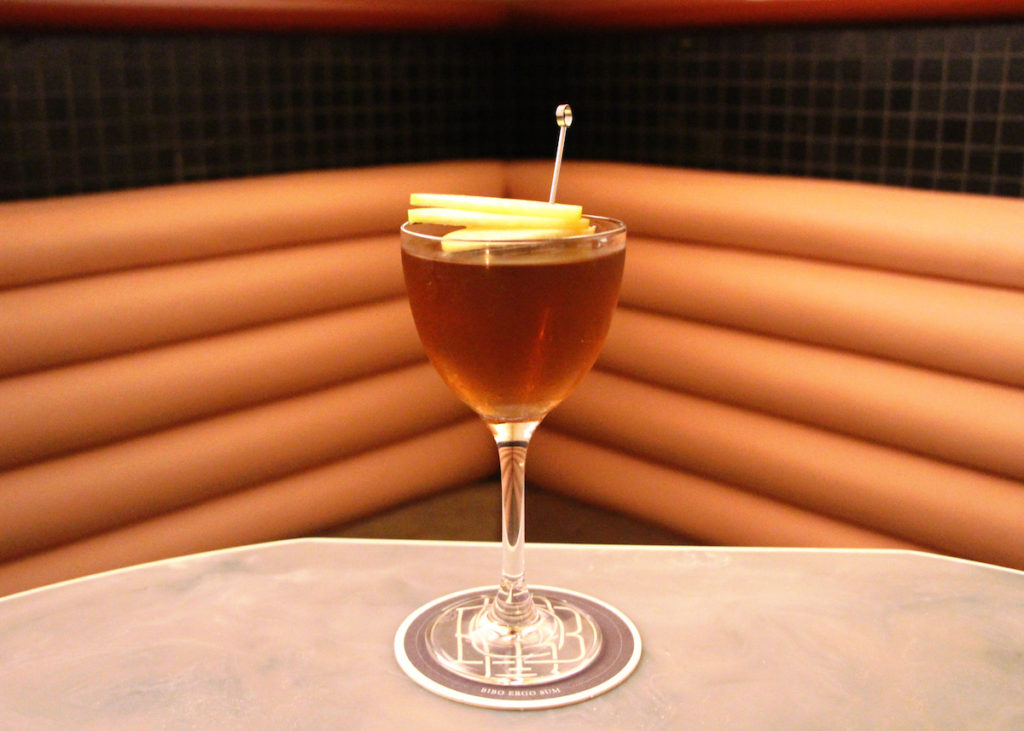 Dreamed up by owner Tait Forman who has an obsession with craft cocktail culture, Bibo is becoming just what he hoped: a locals bar where discerning drinkers can enjoy killer cocktails and hospitality just a short walk away from their homes. This is where the whole Cheers thing comes in – on a more upscale level.

Still, Bibo has an unpretentious, intimate vibe, and those who do enter its realm, generally come back because the cocktails are just that good…and so is the service. We certainly will be. 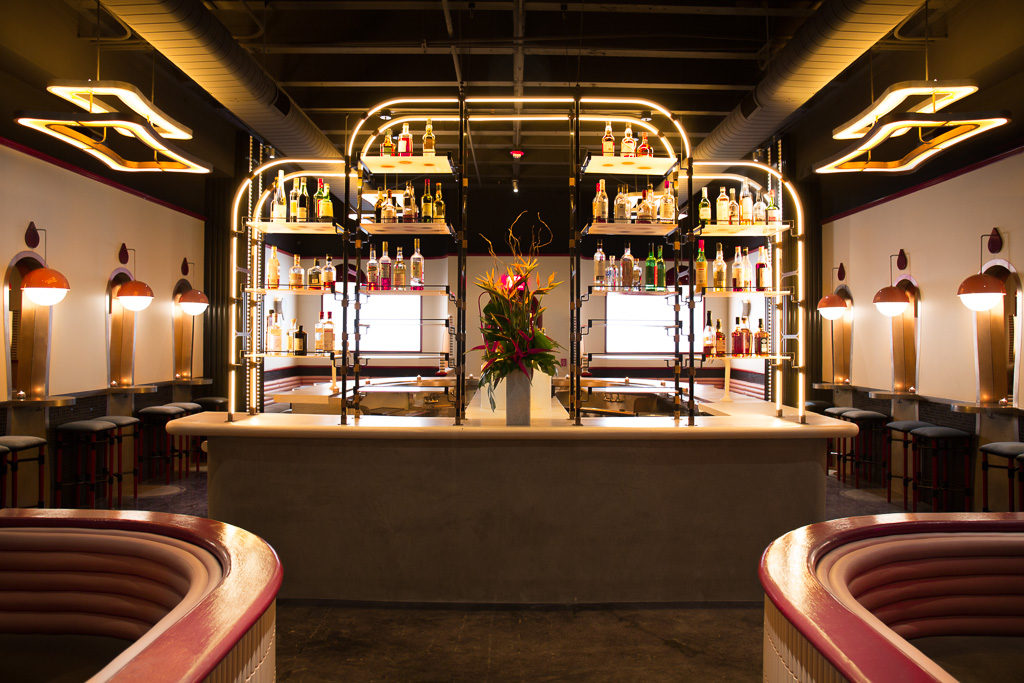 Big Tip: For now, Bibo is trying out small bites a la marinated olives, an almond blend, and a tasty pineapple dried pulp that I’m crossing my fingers makes the menu. But if you want to get your grub on before you go, walk across the street to the Ivy or to the nearby Henry when it opens soon in the plaza.