A Peek Inside Refinery29’s Magical 29Rooms 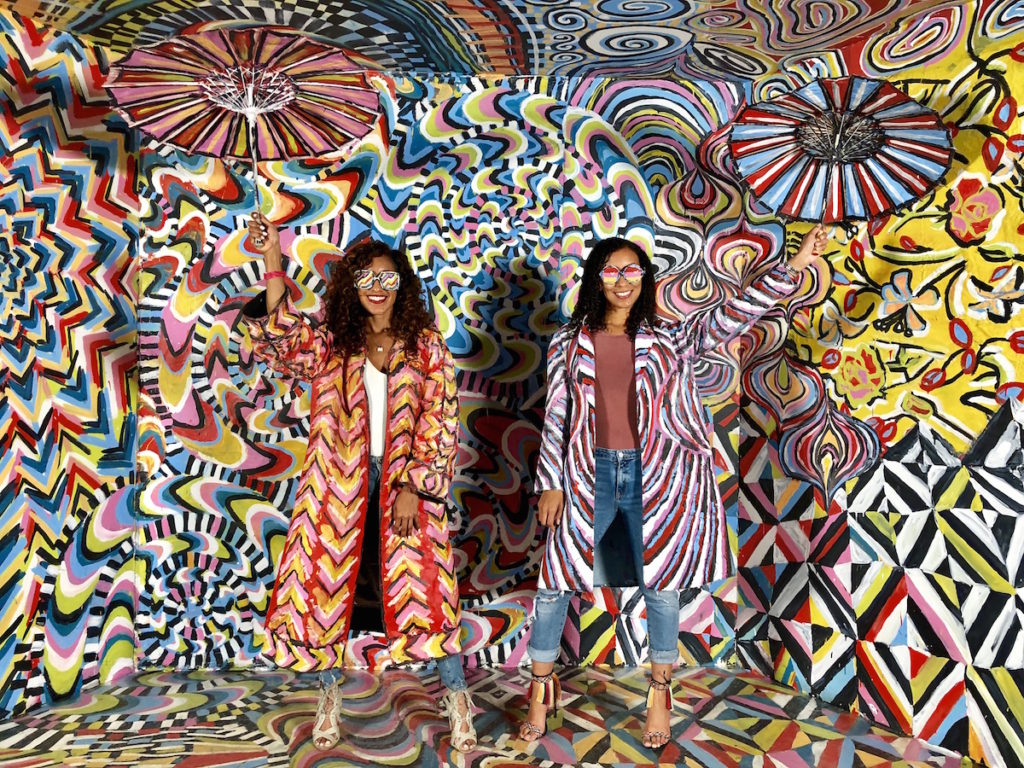 Refinery29’s whimsical 29Rooms is the stuff Instagram dreams are made of.

The imaginative exhibit, which popped up in Los Angeles this month, has 29 rooms dreamed up by visionaries, celebrities, and industry professionals, each with a distinct personality inspired by the theme “Turn It Into Art.”

Inspired by the Carrie Fisher quote “Take your broken heart, make it into art,” the theme was designed to encourage joy and creativity, Piera Gelardi, Refinery29 co-founder and executive creative director said. And when the massive tent that housed the exhibit opened its doors downtown, we couldn’t resist exploring every bit of it.

If you’ve seen snaps on the ‘gram from the sold-out exhibit, you may still be wondering what exactly  29Rooms is all about (even with the description above). So, we’re going to take you inside with some of our favorite photos and videos from the exhibit and give you a breakdown of what it’s like to make your way around the artistic wonderland.

Everyone that enters 29 Rooms does so in three-hour slots, and while that may seem like a lot of time to explore it, we spent the entire three hours inside, and still felt like we needed another hour or two to fully go through each room the way we wanted to. As soon as you step inside, it’s sensory overload, with rooms created by Demi Lovato, Janelle Monae, Margot Robbie, Chloe x Halle, Planned Parenthood, and more scattered about the huge space. The room wasn’t jam-packed, but there were lines for most of the rooms that could last up to 30 minutes and patience was key. 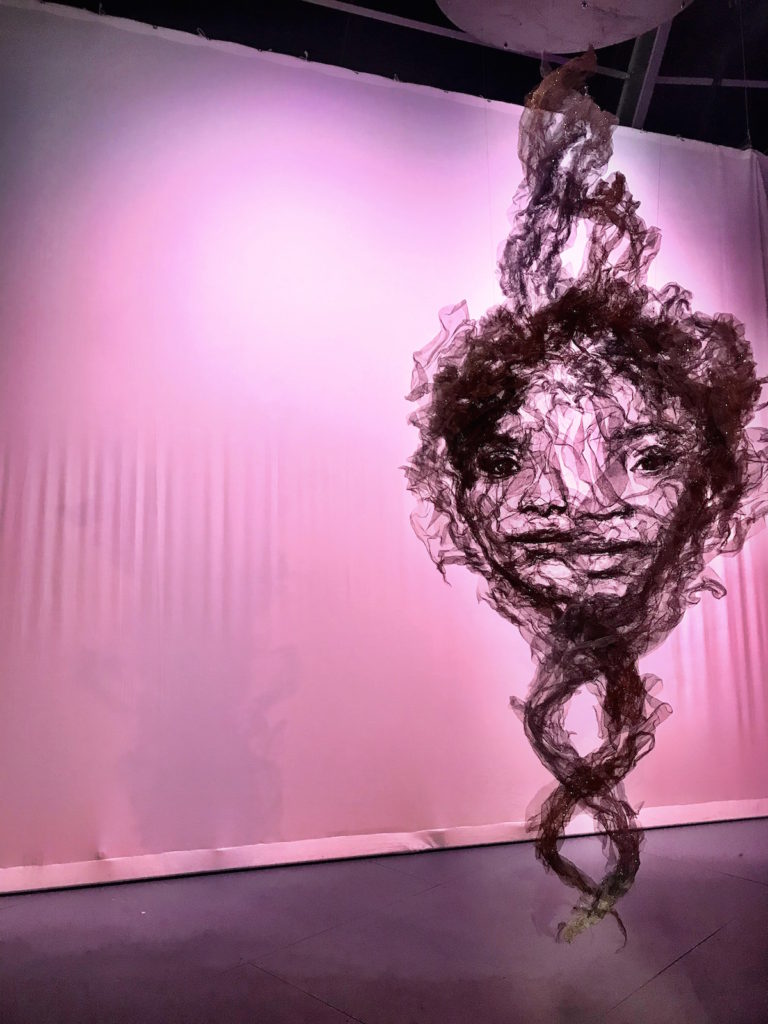 We were greeted by a cutie handing out bottles of iced espresso as we strolled inside in stilettos (which we discovered was a mistake when we saw the size of the room…but fashion duties called), and a massive glowing willow tree of sorts led the way. Filled with giant faux flowers, the free-standing Room 3, created by Maisie Cousins, was called Erotica in Bloom. 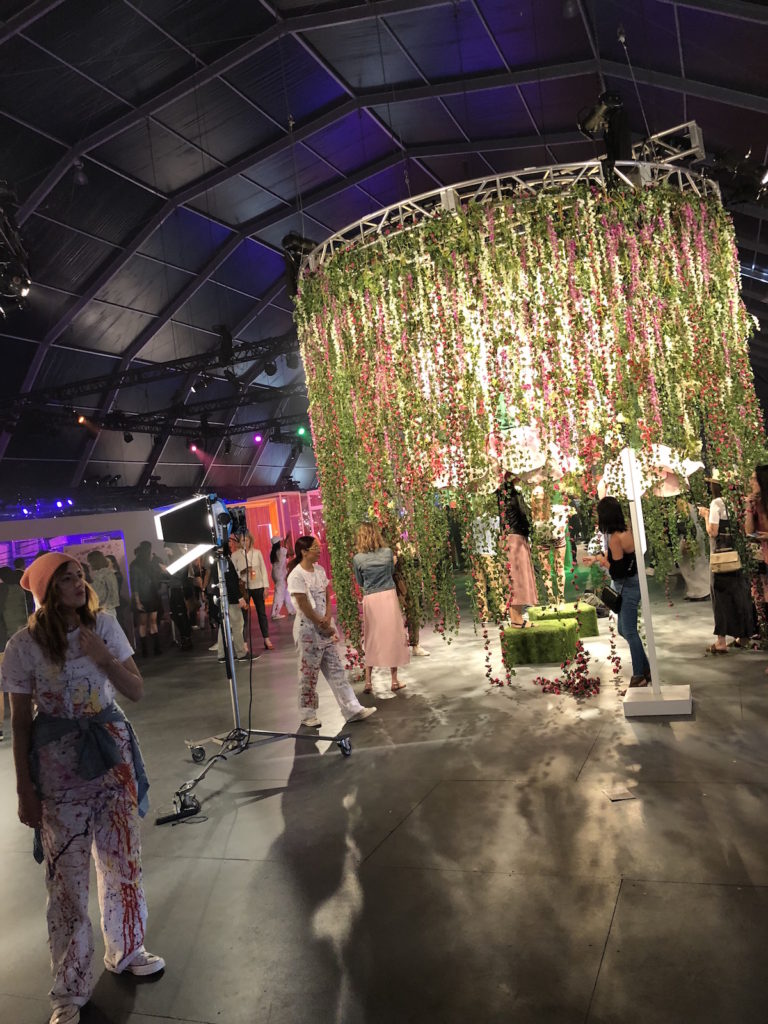 Out of all the rooms we visited, our first stop was one of our favorites: Alexa Meade’s Become the Masterpiece, where we turned ourselves into pieces of art with psychedelic jackets and shades and twirled umbrellas in front of a swirly backdrop.

We continued roaming around from there, stopping to admire Chloe x Halle’s Harmony room, which showed a symbolic smoky image of their faces intertwined that represented the bond of sisterhood. We drifted into Urban Decay’s shimmery Portraits of Self-Expression room, where we tossed glitter near a frame that read “glitter is my favorite color” (a very true statement). Then, we went on to make a statement in the Women’s March female empowerment room. 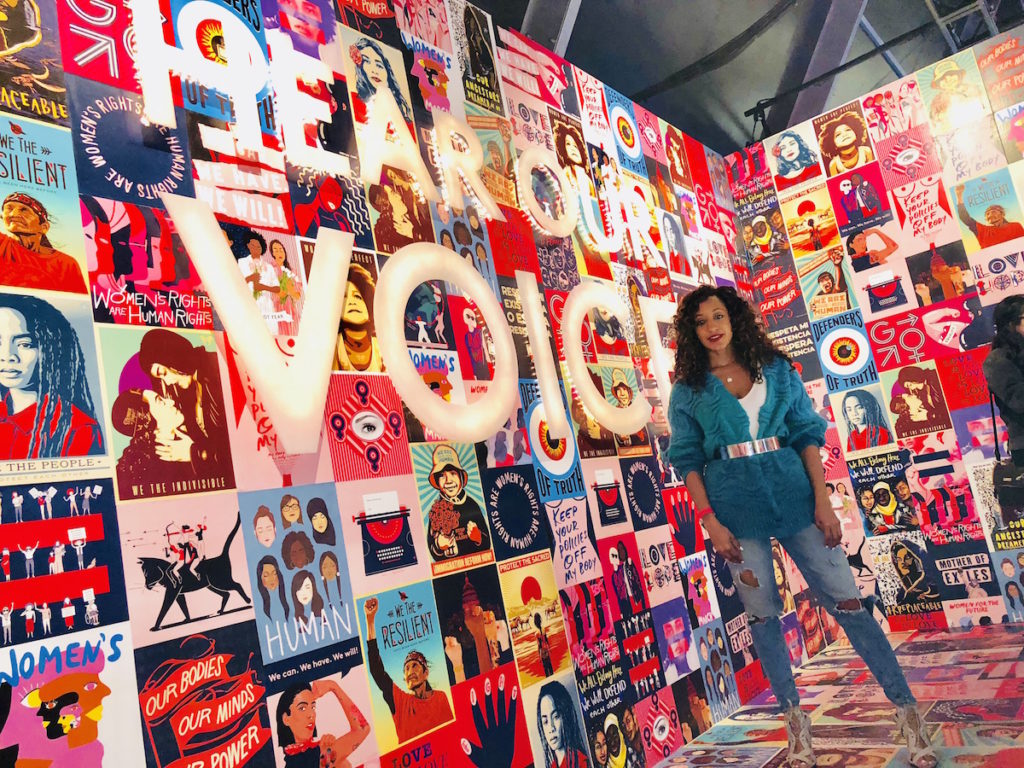 Inside of the dreamy “Dreamer’s Room,” poet-songstress Darby Anne Walker brought our written dreams to life through song, and in Emma Roberts and Belletrist’s book-inspired room, we lounged on a life-size typewriter. We drifted through neon lights in Planned Parenthood’s “Bright Future” fun zone, listened to Lizzo’s newest single under the glow of disco ball lights in her rockstar-esque room, and got surveilled in Janelle Monae’s room inspired by mass surveillance, cultural uniformity, and the weaponization of technology. 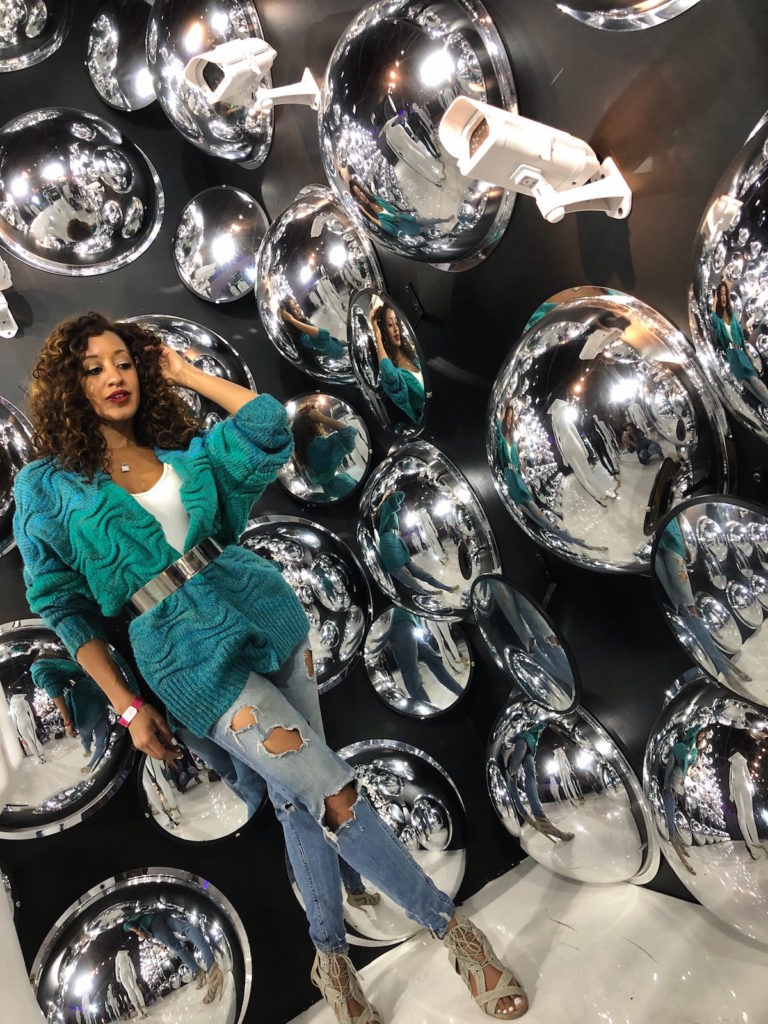 We wore ourselves out hopping from room to room, with each one wowing us every time we entered, but we left so inspired. There were not only motivational mantras sprinkled throughout the exhibit, but an air of excitement, an empowering vibe, and a buzzing creative energy throughout the space that we won’t soon forget.

If you can somehow snag a ticket, run don’t walk to 29Rooms.